2015 Exports to Fall, Imports to Rise

The Department of Agriculture announced Aug. 28 that U.S. agricultural exports are expected to fall 5.2 percent in fiscal year 2015 to $144.5 billion while imports are projected to rise 6.8 percent to a record $117 billion. The resulting agricultural trade surplus of $27.5 billion would be 36 percent lower than in FY 2014 and the smallest since 2009. 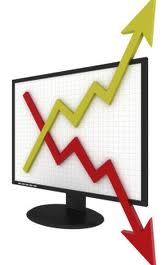 Highlights of USDA’s FY 2015 outlook include the following.

– exports of oilseeds and products are down $5.1 billion as a result of lower soybean and meal prices but partially offset by record volumes

– grain and feed exports are down $4.9 billion, driven by sharply lower grain volume (especially to Brazil and China) and prices

– exports of livestock, poultry and dairy products are down $500 million, although beef exports are forecast to increase $200 million to a record $6.2 billion as higher prices offset lower volumes

– horticultural exports are forecast up $2.9 billion to a record $37.0 billion, which would be the first time exports of horticultural products are greater than exports of grain and feed products

– agricultural exports to China are forecast down $3.0 billion but China is expected to remain the top U.S. market for agricultural products

– exports to Russia are projected to fall $800 million to $400 million as a result of trade restrictions against the U.S.

– imported horticulture products are projected to expand 8.4 percent to $51.4 billion

– imports of processed grain products will grow 6.2 percent to $6.9 billion as wheat and coarse grain products (such as pasta and bakery goods) meet increased demand

– total imports of oilseeds and oilseed products are projected to decline to $9.7 billion in 2015 as oilseed and oil meal shipments drop by more than $1 billion in value, offsetting a projected $1 billion rise in vegetable oil imports

– the value of imports of all sugar and tropical products will rise 12 percent to $26.2 billion and volumes will expand together with greater consumer demand