A Record $26 Billion Spent on Nationwide Rail Network in 2014
This year, the nation’s freight railroads project they will spend approximately $26 billion to build, maintain and upgrade the U.S. rail network. Railroads also expect to hire more than 12,000 people in 2014. According to the American Association of Railroads, AAR President and CEO Edward R. Hamberger, “this year’s projected record investments continue a decades-long trend of private railroad dollars that sustain America’s freight rail network, so taxpayers don’t have to.”

Because the BNSF, KCS and NS railroads operate at logistics parks in the region, intermodal in the KC region will continue to see positive growth. The American Journal of Transportation recently reported that the UPR plans to invest $11.8 million dollars of its own funds to replace 89,900 railroad ties and install 39,700 tons of rock ballast. In addition, crews will renew the surfaces at 103 road crossings in the rail line between Kansas City, Mo., and Marshall, Mo. As the number one rail center by tonnage coupled with a presence of five Class 1 railroads, Kansas City will see a significant impact from these investments. 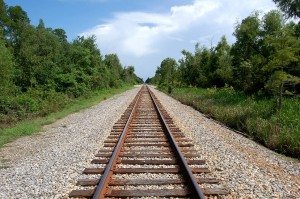