Greek seamen announce a 48-hour strike. The Greek Nationwide seamen federation (PNO) call for the strike based on a response to an amendment in their contracts.  They will continue to rally trying to find solutions to their financial problems. 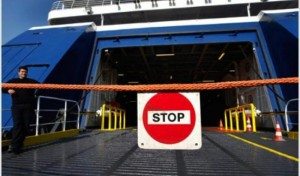 Expected Impact of strike(s) in Greece are as follows: