Shipping peak season is taking its toll on the west coast. Container ships are again growing a queue outside the port complex of Los Angeles and Long Beach. A record-breaking 65 vessels and counting were in line for berth space Thursday.

A total of 92 vessels sat in the facility’s vicinity last week as average wait times to access the Port of Los Angeles grew to 8.7 days.

The queue is likely to grow longer from here.

More Vessels Heading Across the Pacific

For now, there are simply more ships heading across the Pacific than in previous eras. Extra loaders and new services alike are taking off from China and East Asia for the U.S. west coast. Carriers are sailing as many container ships as possible to accommodate the booming demand that has sustained throughout 2021.

But despite the effort, those vessels are running into a bottleneck on the other side of the Pacific.

“The carriers are terminating everything at LA,” Scarbrough President and COO Adam Hill said. “They’re looking at an infrastructure that’s overly taxed and deciding to dump even more on it.”

American Shipper reports that the daily number of at-berth vessels fluctuates between 27 and 31 while the logjam outside worsens. With that capacity limit, the ports have been unable to turn ships quickly enough to keep up with traffic. But the unloading process is not alone in restricting flow through the terminals.

While vessels bunch outside the ports, terminals are filled to the brim with containers waiting for drayage to warehouses or intermodal ramps. Chassis shortages, driver availability, and low warehouse capacity on the west coast are all preventing containers from departing terminals on time.

Port authorities are urging shippers to schedule box pickups as promptly as possible to help ease the terminal congestion and hasten vessel turn. Currently, drivers are only filling a fraction of the available pickup time slots as a result of tight warehouse capacity.

Stakeholders point to tight capacity at port-adjacent warehouses as a driving force behind container dwell.

“There is an actual shortage of physical space at these warehouses as well as labor issues causing operational constraints” Hill said.

Hill noted the role that exports play in the situation as well.

“Carriers are getting empty containers back into that trans-pacific rotation more quickly than those loaded with American exports. So, exporters are having a hard time getting their freight out of warehouses and onto ships.”

To help counteract the growing traffic jam, authorities at the ports of Los Angeles and Long Beach plan to expand gate hours. According to American Shipper, the Port of Los Angeles will test weekend hours while the Port of Long Beach is piloting a night-pickup program. A joint statement from the two ports stated an intent to move more containers during non-peak hours.

Conditions at the ports of Los Angeles and Long Beach are constantly evolving and impacting freight movement throughout the U.S. Scarbrough representatives remain diligent in their efforts to guide freight through the congestion successfully. Access CLARITY to view the latest data or contact us directly to discuss import solutions. 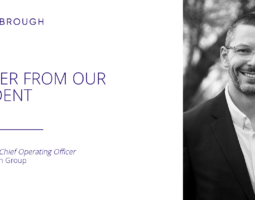 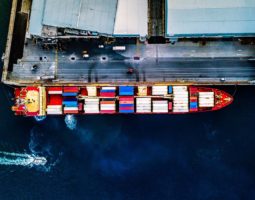