6th Round of NAFTA Negotiations Update

As we all know, the sixth round of NAFTA re-negotiations closed out in Montreal at the end of January with what’s being called “minor progress.” This was number six of seven rounds scheduled for the renegotiation and modernization of NAFTA, which began on August 16, 2017. Canada and Mexico, at least, expect a late February meeting in Mexico City. U.S. Trade Representative, Robert Lighthizer demanded progress before then, and though he didn’t commit to a “see you next month,” neither did he indicate any plans for withdrawal from the agreement.

An article in The Balance summarizes what each country wants, how Trump could easily end NAFTA, and how it would affect the economy.  Definitely a must read.

Scarbrough has been asked to participate at an event on Friday, February 9, 2018 put on by the Iowa Association of Business and Industry, along with the Greater Des Moines Partnership, The U.S. Chamber of Commerce, and the Iowa Farm Bureau.  The panel discussion is over the stakes for Iowa Agriculture & Business and what’s at stake for farmers, manufacturers, and service providers in the NAFTA negotiations.  Other panelists include Tony Hogan of Kreg Tool, Charles Sukup of Sukup Manufacturing, and Mark Recker of Iowa Corn Growers Association.  That’s not all!  The U.S. Chamber of Commerce has done something really cool.  The Chamber has created a series of videos focused on different organizations affected by trade.  The Chamber dives into the effects that trade agreement changes have on these organizations and highlights different “faces of trades.” Definitely check it out! 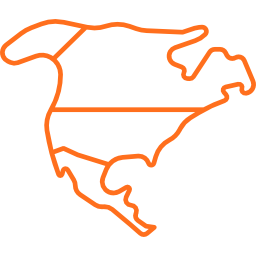 Here are several articles highlighting the most recent round of negotiations:

Some Progress at Montreal NAFTA Talks, but patience running thin as ministers repeat themselves.
MONTREAL — It ain’t over. The North American Free Trade Agreement slogs ahead with minor progress and no withdrawal notice — yet — from United States President Donald Trump…. Read Full Article

What’s Next for NAFTA?
U.S. Trade Representative and self-professed curmudgeon Robert Lighthizer admitted some progress at the close of the sixth round of NAFTA talks in Montreal, but not before effectively eviscerating a significant new Canadian proposal meant to break open the talks on auto rules of origin as enormously vague…. Read Full Article

If Trump kills NAFTA, it could hit America’s Rust Belt hard.
Canada depends heavily on exports to the U.S., but Americans could face steeper traiff hikes in a post-NAFTA world…Read Full Article

Trump pushes hardline immigration policies even as he urges unity.
WASHINGTON (Reuters) – U.S. President Donald Trump urged lawmakers on Tuesday to work toward bipartisan compromises, but pushed a hard line on immigration, insisting on a border wall and other concessions from Democrats as part of any deal to protect the children of illegal immigrants…Read Full Article

Keeping up with NAFTA Negotiations
Find summaries and great reads.  Scarbrough has kept up with the NAFTA negotiations since the beginning…See Blog Posts

Information derived from the North American Strategy for Competitiveness (NASCO)