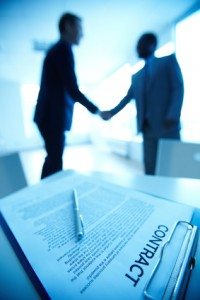 A group of 84 members of Congress have sent a letter urging the International Longshore and Warehouse Union (ILWU) and Pacific Maritime Association (PMA) pressing them to agree to a contract soon.

“Our constituents are losing business, letting employees go, and worrying about the future, as trade supports over 38 million jobs across the country, we strongly urge your organizations to reach an agreement because the inability to reach consumers outside our borders impacts jobs here at home,” stated the letter, which was organized by Reps. Dave Reichert, R-Wash., and Kurt Schrader, D-Ore.

The ILWU and PMA met on Saturday to work on the contract and talks are resuming Monday morning. The union and employers have been negotiating a new contract since last May to replace a pact that expired on July 1, 2014.

Dozens of ships are backed up at West Coast ports, waiting for berths to discharge and load cargo.

The Marine Exchange of Southern California said 20 vessels, including 16 container ships, were anchored outside the ports of Los Angeles and Long Beach on Monday morning because of congestion.