A Year After the Crash, Oil Markets Risk More Trouble Ahead

A Year After the Crash, Oil Markets Risk More Trouble Ahead

A year on from the start of one of the biggest oil price crashes in history, the driving force behind the slide remains intact: there is still too much crude. While output continues to grow, the economic outlook has darkened in top energy consumer China, where oil demand has been one of the few bright spots in the market. Add to the mix record output by the Organization of the Petroleum Exporting Countries (OPEC) and the possibility of a return of Iranian crude exports, and further price turbulence looks almost certain.

Oil prices began a seven-month rout this time last year that took Brent crude futures LCOc1 from $116 per barrel to around $45 by January. While prices have crawled up since, there are few signs yet that OPEC’s strategy of keeping output high in a bid to drive out competitors, such as U.S. shale oil, is doing enough yet to change market fundamentals.

“The real bearish change is OPEC production that has risen from 29.79 million barrels per day (bpd) last year to over 31 million bpd. I think this is the most significant fundamental change of the last 12 months,” said PVM oil analyst Tamas Varga.

U.S. Energy Information Administration (EIA) data published this month shows that global petroleum oversupply, or production versus consumption, has more than doubled to 2.6 million bpd since the end of the second quarter last year. “We’re not in the clear as far as the supply-demand balance. In some ways, we think this whole situation is getting worse,” said Vikas Dwivedi, global head of oil and gas strategy at Macquarie. And more oil may yet come to the market.

Major powers and Iran are trying to agree on a nuclear compromise by the end of the month that could allow a lifting of sanctions that have reduced Iran’s crude exports to under 1 million bpd, down from 3 million bpd in 2011. Should Iranian oil return before the end of the year, traders said that would prevent a seasonal drawdown in stocks that usually happens in the fourth quarter, preventing a re-balancing of the market.
{Photo Source: Depositphotos.com/Xalanx} 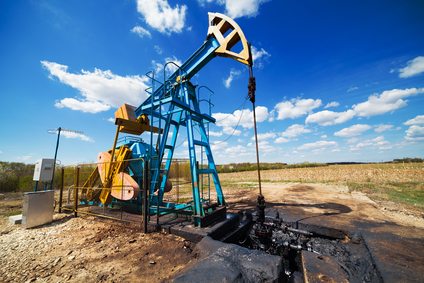 How the market develops towards the end of the year and into 2016 will also depend heavily on China. Its oil imports have held near record highs for over six months as its gasoline demand soared on a surge of new cars and as the government built up its strategic oil reserves. And while some analysts believe China’s demand will remain strong, there are signs that its thirst for oil is slowing as the world’s second-biggest economy grows at the slowest pace in decades.

“Don’t bet on a rebound in China later this year. The government has tried a lot to spur growth but so far it’s not working, and that could also retrain energy demand,” said Frederic Neumann, co-head of Asian economic research at HSBC. China’s oil imports fell more than 10 percent in May from a year ago, marking the steepest drop since November 2013, while car sales also dipped.

The global economic outlook has also dimmed, with the World Bank cutting its 2015 outlook from 3 percent to 2.8 percent, urging countries to “fasten their seat belts”. Fuelled by lower prices, many analysts expected production, especially of price sensitive U.S. shale drillers, to fall. Yet even after producers curbed drilling and shut some production, output has remained high as previously drilled sites started operations and producers slashed costs to stay in business.

At the same time, OPEC is producing near record levels and top exporter Saudi Arabia has even hinted it could increase output further. The group decided this month to keep its taps open in an attempt to retain market share. With production set to stay high, changes in demand have taken on greater importance.

The EIA expects oversupply to last at least until 2017, but others say that the glut could be more permanent as oil loses its share in the world’s energy consumption. “I think the overwhelming trend is that oil intensity of developed and developing economies is decreasing rapidly,” said Tom O’Sullivan of energy consultancy Mathyos Japan, highlighting a halving of China’s energy intensity – the amount of energy used to generate a unit of GDP – over the past 30 years close to levels seen in fully developed economies.

BP (BP.L) said in its annual outlook this month that last year may be seen as a turning point for the energy industry.

“In years to come, it is possible that 2014 may come to be seen as something of a watershed for the energy industry…. The big picture remains one of abundant reserves, with new sources of energy being discovered more quickly than they are consumed.”

(Reporting by Jacob Gronholt-Pedersen and Henning Gloystein in SINGAPORE,Christopher Johnson in LONDON, Jessica Resnick-Ault in NEW YORK, and Osamu Tsukimori and Aaron Sheldrick in TOKYO; Editing by Ed Davies)