Adani Ports and Special Economic Zone Ltd (APSEZL), which is a part of the Adani Group, announced its expansion of the existing terminal Adani International Container Terminal Private Limited (AICTPL) at its flagship Mundra port on Wednesday.

AICTPL is a 50:50 joint venture with Terminal Investment, an arm of Swiss-based Mediterranean Shipping Company (MSC) SA, the second largest shipping liner in the world. The expansion is being carried out to create a transshipment hub for the Middle East, South Asia and India. 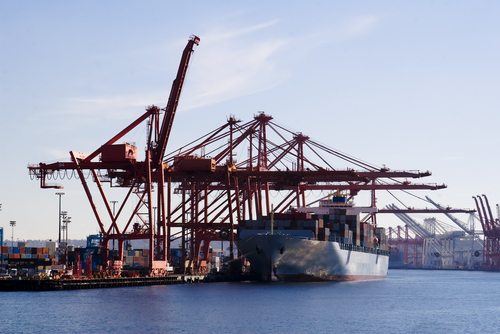 Upon completion, AICTPL will emerge as India’s largest container terminal with a total quay length of 1,460 meters and cargo handling capacity of 3.1 million TEUs. It will be equipped with 15 super post pan max quay cranes, capable of handling 18,000 TEU container vessels at the terminal.

The expansion of AICTPL will position Mundra as the major transshipment hub in the country providing congestion free and cost-effective solution. Construction has already commenced and the terminal will be commissioned in 15 months.

Speaking on the occasion, Karan Adani, Chief Executive Officer, Adani Ports and Special Economic Zone, said, “We are pleased to take our partnership with Mediterranean Shipping Company (MSC) to the next level. With this expansion, Mundra will emerge as a transshipment hub for the Middle East, South Asia and India.

It will also make Mundra the largest container port in India with a cumulative capacity of 6.6 million TEU and will help in achieving our vision of handling 200 Million Metric Tonnes (MMT) of annual cargo by 2020, added Karan.

Diego Aponte, CEO and President of MSC, said, “We are pleased to partner with Adani on this terminal development and the expansion of AICTPL.” We are confident that Mundra will become a major transhipment hub within South Asia, added Aponte.

The expansion will also exclusively position Mundra as the largest container port in the country with four state-of-the-art container terminals having a cumulative handling capacity of 6.6 million TEUs, spread over an area of approximately 146 Hectares.

Mundra Port already enjoys the coveted reputation of being the largest private commercial port in the country. Its deep draught and strategic location on the Indian coastline makes it an ideal choice for establishing a transshipment hub.

APSEZ and MSC had set up AICTPL in 2013 with state-of-the-art technology and environment friendly footprint.
On Wednesday, the shares of the Adani Ports and Special Economic Zone closed down at 1.87% or Rs 4.80 at Rs 251.25 per scrip on the BSE.