The business community was excited by last week’s endorsement of fast-track trade authority for the president by key congressional committees. Less noticed amid the big news that will facilitate the Trans-Pacific Partnership agreement, as well as a free trade deal with the European Union, was that lawmakers also moved to renew the African Growth and Opportunity Act, which expires later this year, and the Generalized System of Preferences, which expired July 31, 2013. AGOA helps African countries develop by lowering U.S. tariffs to their exports.

The reauthorization extends AGOA for 10 years, including for third-country fabrics to help nurture the fledgling textile and apparel industry in Africa. The measure also would improve the program to make it more meaningful for African stakeholders and their American business partners. Improvements include:

The AGOA Extension and Enhancement Act of 2015 also renews the GSP program, which eliminates tariffs on imports for about 5,000 products from 126 developing countries and territories. According to an estimate in January by the Coalition for GSP, companies paid $1 billion in tariffs since the program’s expiration. Trade advocates argue the program is especially helpful to small businesses, which have had to contend with higher costs and lost sales. The legislation extends GSP until the end of 2017. The Trade Promotion Authority and AGOA bills have yet to be scheduled for floor votes in the House and Senate. 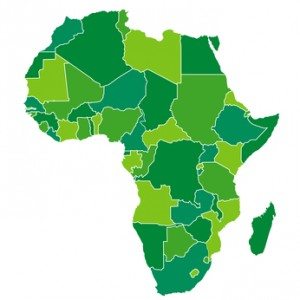