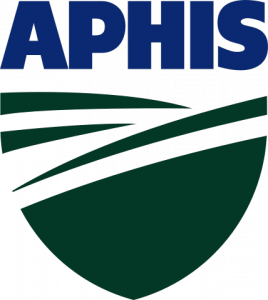 Twenty more tariff lines in chapters 44, 82, 94, and 96 are set to become subject to enforcement of Lacey Act import declaration requirements, as the Animal and Plant Health Inspection Service begins the next phase of enforcement in August. The addition of the new tariff lines marks the fifth phase of Lacey Act declaration enforcement, according to an APHIS Federal Register notice. APHIS is giving importers six months until Aug. 6 before it begins requiring declarations on the new products.

The current list of products set for enforcement beginning on Aug. 6 is as follows:

Chapter 44: Wood and articles of wood.

Chapter 82: Tools, implements, cutlery, spoons and forks, of base metal.

APHIS began enforcing Lacey Act import declaration requirements on the first set of products on April 1, 2009. The agency has committed to providing six months of advance notice to importers before it begins enforcement on each successive phase.

The most recent phase of Lacey Act enforcement, Phase IV, began on April 1, 2010. Lacey Act declarations must include the scientific name of the plant, value of the importation, quantity of the plant, and name of the country from where the plant was harvested. For paper and paperboard products containing recycled content, the declaration also must include the average percent of recycled content without regard for species or country of harvest. Given the difficulty of identifying the species of wood included in recycled materials, public comments to APHIS have asked the agency to consider a de minimis level at which the declaration requirement does not apply for minimal amounts of unidentifiable wood in such products. Commenters have also asked APHIS to set a level at which the declaration requirement does not apply for minimal amounts of non-listed (i.e., not of conservation concern) plant materials contained in an otherwise non-plant product, such as wooden buttons on a shirt, said APHIS. The agency said it is “in the process of developing a proposal” to create exceptions from declaration requirements for such products, and will publish a proposed rule in the Federal Register upon completion.  (Federal Register 02/06/15)