Wonder why air freight rates from China-Taiwan are increasing?

As noted in the The Guardian, the Apple iPhone 5 global demand led to a big increase in air freight cost in 2012.  We have seen first hand that they have been following the same pattern this fall.   Read more about The iPhone 6 Supply Chain.

“Apple may have booked every cargo flight from China to the U.S. on three major freight carriers for two weeks, to deliver enough iPhone 6 units to fulfill demand when the phone launches on Sept. 19.” [PC Mag]

According to Supply Chain Brain, “the production and recent launch of the iPhone 6 was no different” than that from 2012. “Once again, Apple found itself scrambling to fulfill a level of demand that was entirely anticipated. Foxconn, Apple’s main supplier plant in China reportedly was running more than 100 production lines around the clock, with 200,000 workers tasked to turn out 540,000 units a day.

A longtime observer of the Apple Way might suggest that the shortfall was deliberate. Doesn’t a company create even more buzz when consumers can’t get their hands on its product?

In the long run, though, a manufacturer that can’t satisfy demand is leaving huge amounts of money on the factory floor – especially during the narrow window defined by the Christmas shopping season. Better to sell as many units as possible, within the limits of workers’ sanity.

For Apple, which is making more money than ever, the underlying supply problem has grown worse. Output levels for the iPhone 6 Plus are said to be around 50 to 60 percent, compared with 85 percent for the iPhone 5. Yet Foxconn remains the sole producer – the basket that holds all of Apple’s eggs.” 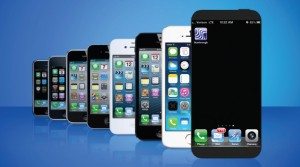 “Apple CEO Tim Cook commented on the balance between supply and demand for the iPhone 6 and iPhone 6 Plus during today’s earnings call, stating that demand is far outstripping supply despite a satisfactory production ramp-up. Cook noted that available data makes it unclear as to when supply will catch up with demand, and that the company was “not close” to having a balance between supply and demand at the end of Q4 2014.”

The demand outweighs the current supply and supplies remain tight. The iPhone 6 orders are still shipping at an estimate of 7-10 business days, and the iPhone 6 Plus has showing a 3-4 week shipping delay.  We have seen an increase in air freight rates between 15-20%.

Find out How the iPhone is Made, and view the cool infographic.