The contract is cost-shared with The Port Authority of New York and New Jersey.

The contract area for this project is along the Arthur Kill Channel between the Borough of Staten Island, New York, NY and Union County, NJ with an estimated completion date of Nov. 20, 2015.

“The Army Corps is committed to a timely completion of navigation improvements within the harbor to improve the critical infrastructure to the region in support of the nation’s economy,” said Colonel Paul Owen, the Army Corps’ New York District Commander and District Engineer. “The award of this contract enables safe navigation for ships to transit the channel and a critical milestone in the development of a world-class harbor estuary and the Port.”

The Arthur Kill Channel deepening effort is part of an extensive harbor-dredging project to create safe and efficient channels for vessels that will be calling at the Port of New York and New Jersey. 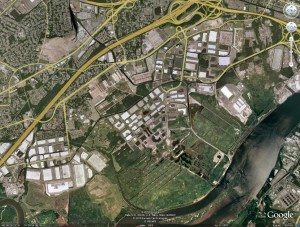 “Drilling and blasting of bedrock may be necessary in localized areas of the contract where mechanical dredging methods are ineffective. Should this be necessary, it will be fully coordinated with the adjacent communities, businesses and navigational interests.” said Bryce Wisemiller, the Army Corps’ New York District Project Manager. “The Army Corps anticipates that drilling and blasting work on this contract, should it be necessary, will not adversely affect any residences due to this particular contract being a far distance from surrounding communities on both side of the channel.”