Drewry said in the latest issue of its Container Insight Weekly newsletter that “spot rates could come under pressure during the last quarter of 2014 as volumes slacken and as the market prepares itself for the planned start-up of the new 2M and Ocean Three alliances in early 2015.”

This forecast comes even though Drewry said carriers have had some success over the past two months with implementing $600-per-40-foot equivalent unit general rate increases recommended by the Transpacific Stabilization Agreement for both Aug. 1 and Sept. 1. 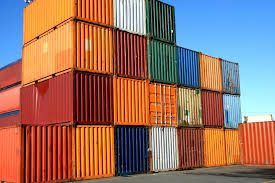 In first seven months of the year, Drewry said spot rates had averaged around $1,900 per FEU and fell in June to $1,650 per FEU.

“On Aug. 1, the carriers managed to bring the rates back up to $2,175, and while there was the customary slight softening of rates as the month wore on, the lines appear satisfied to have secured 50 percent of the declared GRI quantum.”

The London-based consultancy firm noted the peak season for container imports to the United States has been spread over a greater number of months this year as a result of the continuing negotiations between the ILWU and their employers for a new contract.

“Strong second-quarter eastbound cargo growth and a receding threat of labor stoppage at U.S. West Coast terminals has provided the impetus for carriers to secure tangible revenue gains since the start of August,” it said.

Talks between the ILWU and employers represented by the Pacific Maritime Association on a contract to replace the agreement that expired on July 1 are continuing, and the two parties have repeatedly said they will keep cargo flowing while the talks continue.

“The pace quickened in the second quarter, with WCNA growth touching 8.2 percent, year-on-year, whereas between January and March, the factor was a more sedate 4.2 percent,” Drewy said.

It noted that significant amounts of U.S. imports have been diverted to the Canadian ports of Vancouver and Prince Rupert or U.S. East Coast ports, but said, “Nevertheless, USWC volumes have fared better than some expected, and there does not seem to have been mass defections to alternative entry points.”

It continued, “The arrival of larger ships in the WCNA trade is the most significant development taking place on the supply side at present as carriers seek improved economies of scale. At the start of the second quarter, there were just 15 ships of 10,000 TEU or more capacity. By the end of June, that figure had grown to 39 as a result of tonnage assigned by Cosco, Hanjin, CSCL and CMA CGM.”