Avon has been penalized for calling on Chinese officials with bribes, violating the Foreign Corrupt Practices Act.

Avon Products Inc.’s China subsidiary pleaded guilty last week to conspiring to violate accounting provisions in the Foreign Corrupt Practices Act to conceal more than $8 million in gifts, cash and non-business meals, travel and entertainment it gave Chinese government officials to obtain and retain business, according to the Department of Justice.

In exchange for a three-year deferral of criminal prosecution, the parent company agreed to pay a $67.6 million criminal penalty for failing to stop and report bribes it discovered, and its failure to implement internal controls. Avon also agreed to implement rigorous internal controls, cooperate fully with the department and retain a compliance monitor for at least 18 months.

The $10 billion global beauty company also settled a related FCPA matter with the U.S. Securities and Exchange Commission and will pay an additional $67.4 million in disgorgement and prejudgment interest, bringing the total amount of U.S. criminal and regulatory penalties paid by Avon and Avon China to $135 million.

“Avon China was in the door-to-door influence-peddling business, and for years its corporate parent, rather than putting an end to the practice, conspired to cover it up. Avon has now agreed to adopt rigorous internal controls and to the appointment of a monitor to ensure that reforms are instituted and maintained,” U.S. Attorney Preet Bharara of the Southern District of New York said in a statement. 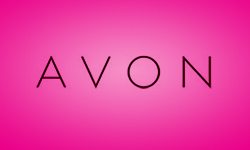 According to court documents, from at least 2004 through 2008, Avon and Avon China conspired to falsify Avon’s books and records by falsely describing the nature and purpose of certain Avon China transactions, and falsifying payment records to a third party intermediary as payments for legitimate consulting services to disguise bribes.

The companies also admitted that in late 2005, Avon learned that Avon China was routinely providing valuable gifts to Chinese government officials and failing to properly document them. Instead of ensuring the practice was halted, fixing the false books and records, disciplining the culpable individuals, and implementing appropriate controls to address this problem, the companies took steps to conceal the conduct, despite knowing that Avon China’s books and records, and ultimately Avon’s books and records, would continue to be inaccurate, prosecutors charged.

If the company remains in compliance with the deferred prosecution agreement during its term, the charges against the company will be dismissed with prejudice. Final resolution of the SEC matter is subject to approval by the United States District Court for the Southern District of New York.