The transition of cargo release to the Automated Commercial Environment in November is going to be marked by a transition period that will require some heavy lifting from the trade community, said CBP officials at a National Association Foreign-Trade Zones (NAFTZ) seminar on Feb. 10. While CBP hopes to get everyone to the point where they can exchange electronic messages, it remains to be decided how automation will work at the operational level for entities like terminal operators, truck drivers, and container
freight stations that currently stamp paper, said James Swanson, CBP director-cargo security and controls.

Currently, there’s a mentality of “this gets stamped or I’m not letting you out of my terminal,” said Swanson, whose office is part of Cargo and Conveyance Security within the Office of Field Operations.

“We’re going to have to change that culture,” he said. Even then, “not everybody’s going to accept a piece of electronic data floating around out in the atmosphere somewhere. They’re going to want something more concrete in some cases,” which raises questions on how the documents will be provided in a paperless environment. “A lot of that is going to be industry standards, because it’s really going to be industry-to-industryat that point,” he said. While the initial pieces like building the basic functionality and setting parameters are going to be done by CBP, “the second part of this, and the big innovation and the big lift, we’re going to expect from the trade partners,” he said. 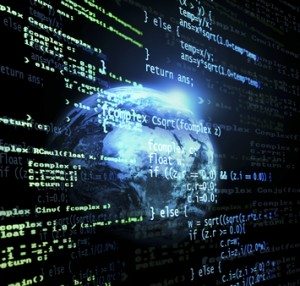 CBP will have some work left of its own following the nominal transition date in November, said Swanson. For example, the agency needs to decide what documentation it will accept if ACE systems go down, he said. CBP has also started internal discussions about impediments to automation in laws, regulations and standard operating procedures. For example, some regulations require not only submission of a form, but three or four copies of the form, said Swanson. Finally, some paper forms cannot be done away with because of international obligations. For example, the Convention on International Trade in Endangered Species requires original documents. “Maybe when we take that piece of paper could change, or how we take that piece of paper could change, but at some point, that hand-written, hand-signed CITES document is still probably going to be out there for a while, because it’s going to take a while to rewrite an international convention,” said Swanson.

A director in CBP’s ACE business office agreed that a transition period is coming in November. “I guarantee you I don’t have it perfect by November,” said Vincent Annunziato. “We’re trying our best right now to get to that point where everything is digital by November, but I know there’s still going to be paper processes involved,” he said during the NAFTZ conference. CBP is looking at tablet and smartphone apps and scanner technology to aid in the transition, said Annunziato. For example, one app that will come out this summer will allow for the filing of a Type 11 informal entry off a smartphone or tablet, said Annunziato. “For a small importer that’s an amazing thing,” he said.

CBP may even have apps “pretty soon” that can file entry summaries and allow for the collection of duties, said Annunziato. CBP is also looking at a way to allow for importers to send participating government agency-required information through those agencies’ systems without requiring immediate broker interaction. For example, the Animal and Plant Health Inspection Service recently created a system called LAWGS to allow small to mid-sized importers to input data for Lacey Act requirements. CBP is considering ways to allow the agency, using a system similar to the “disclaim” process it has with the Food and Drug Administration, to tell APHIS that the data has been submitted through another method so the broker isn’t forced right awayto file the data again, said Annunziato. “It’s a small piece, but what it does is it allows us to go through that transitional process.”