Beginning Dec. 8 a new notice will appear on all validated licenses issued by the Bureau of Industry and Security to help clear up confusion regarding the requirements and prohibitions associated with license authorizations.

According to a BIS statement, this notice will read as follows.

“Unless limited by a condition set forth below, the export, reexport or transfer (in-country) authorized by this license is for the item(s), end-use(s), and parties described in the license application and any letters of explanation. The applicant is responsible for informing the other parties identified on the license, such as ultimate consignees and end-users, of the license’s scope and of the specific conditions applicable to them. BIS has granted this license in reliance on representations the applicant made in the license application, letters of explanation, and other documents submitted.” 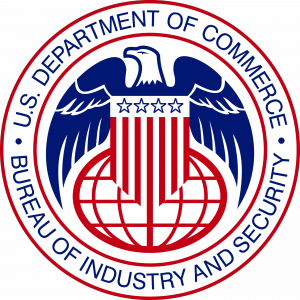 BIS states that the purpose of this change is to eliminate, to the greatest extent possible, the inclusion of requirements and prohibitions that are already included in the Export Administration Regulations as conditions on validated licenses.

BIS notes that such requirements and prohibitions are applicable to all exports, reexports and transfers (in-country) of items subject to the EAR as a matter of law and that the inclusion of such conditions on licenses is therefore redundant.

BIS is thus hoping that the change will eliminate the confusion caused by the negative implication of some but not all EAR requirements and/or prohibitions having been specified as license conditions, which erroneously suggested that the requirements not specified were not required specific to the license and that prohibitions not specifically listed were not prohibited.