Chris Dupin with American Shipper writes, “The so-called “Blue Cut Fire” in Southern California is disrupting BNSF and Union Pacific rail traffic, including intermodal traffic moving to and from the ports of Los Angeles and Long Beach, but some train lines and highways are reopening.”

Service interruption at Cajon Pass may cause customers to experience delays of 36-48 hours on shipments moving through this corridor. 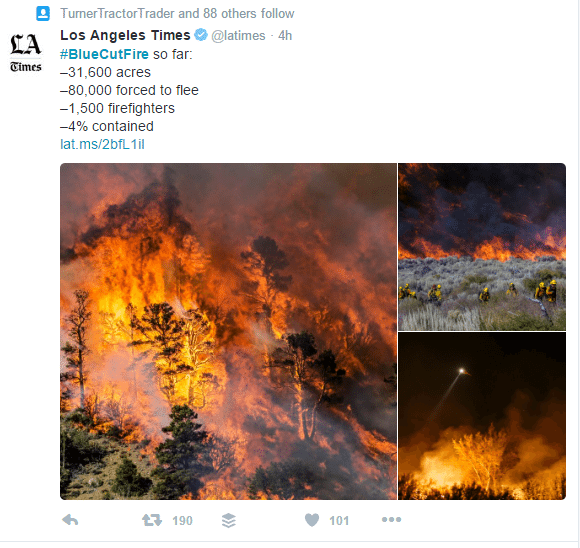 “BNSF’s main lines through the Cajon Pass have been shut down since yesterday,” said Lena Kent, BNSF director of Public Affairs. “We have been working closely with Forest Service and will reopen our lines when it is determined safe to do so. I am not aware of any major structural damage to our property. We had deployed water trucks and were able to assist fire personnel in protecting our structures. However, there are power lines that have fallen across our tracks that will need to be removed. We hope to begin moving through the Pass this afternoon.”

“UP spokesman Justin Jacobs told American Shipper that tracks have been shut down and “we are starting to reroute trains through different parts of our network.” He estimated as many as 20-25 trains might move through the area affected by the fire.”

On the other hand, it looks like approximately 5,500 trucks from the Port of LA/Long Beach that normally go through the Cajon Pass are now taking alternative routes. 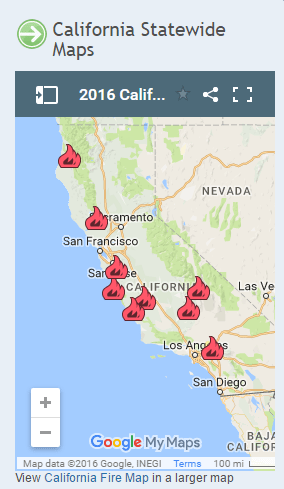 Cal Fire set mandatory evacuations as over 30,000 acres have been destroyed and 80,000 forced to flee.  Only 4% of the fire has been contained and over 1500 firefighters are working tirelessly for our people and environment.