Due to many labor strikes in Cambodia, freight may be delayed.  There have been a series of violent clashes between security forces and textile workers demanding higher wages.  The disagreements started on December 25, 2013 and have continued to affect many factories.  Some of the factories will even stop production until January 8, 2013, which obviously will lead to the delay of several shipment orders. 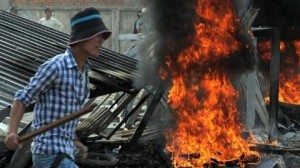