eManifest is modernizing and improving cross-border commercial processes. When fully implemented, eManifest will require all carriers, freight forwarders and importers to send advance commercial information about their shipments electronically to the Canada Border Services Agency (CBSA).

The collection and risk assessment of pre-arrival data will improve the CBSA’s ability to detect high-risk shipments before they arrive at the border. At the same time, low-risk, legitimate trade will be able to cross the border more efficiently.

eManifest makes Canada’s border processes more secure and compatible with North American and international standards, which is important for the business community and for Canada as a whole.

Beginning January 11, 2016, highway carriers and rail carriers who do not comply with eManifest requirements may be issued monetary penalties. A voluntary compliance period remains in effect for freight forwarders. 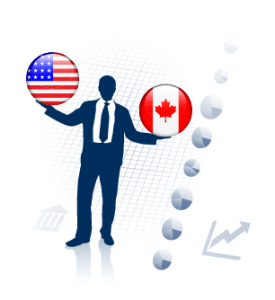 eManifest is a major transformative initiative that is modernizing and improving cross-border commercial processes. eManifest is the third phase of the Advance Commercial Information (ACI) initiative.  ACI was introduced in the marine mode in 2004 and in the air mode in 2006.

Why do we need eManifest?

eManifest is part of the overall measures the Government of Canada is putting in place to enhance the safety, security and prosperity of Canadians and international trade while streamlining commercial cross-border processes.

Thousands of commercial shipments reach Canada’s border each day. By rigorously performing risk assessments on the advance data sent by the party who is in the best position to provide it, the CBSA is better able to assess the level of risk associated with each shipment.

What are the benefits of eManifest?

The CBSA is committed to delivering a reliable, modernized and efficient commercial processing system that provides benefits to the trade community, the Government of Canada, and to Canadians.

eManifest will be a virtually paperless process that starts before shipments reach the border and enables low-risk, legitimate trade to cross the border more efficiently.

The transmission and notification systems being implemented under eManifest are improving two-way communication between businesses and with the CBSA. Businesses will also have the ability to receive notices on the status and disposition of their shipments as they move through the commercial process, via Electronic Data Interchange (EDI) or the eManifest Portal.

eManifest is harmonizing information requirements to the greatest extent possible with the World Customs Organization and the United States (U.S.) Customs and Border Protection to reduce the administrative burden on business.

Trusted trader programs such Customs Self Assessment (CSA) and Partners in Protection (PIP) will continue to exist with the implementation of eManifest, and will complement the systems and processes that will be put in place by eManifest.

What has been accomplished to date?

eManifest accomplishments to date include:

What are the next steps in eManifest implementation?

Future eManifest features will include:

Visit this site regularly and subscribe to the eManifest news feed to be notified of important eManifest updates.