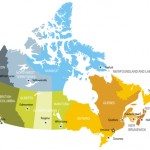 CBSA states that submission of an IID is voluntary, only includes the data required for CBSA and PGAs to make a border-related decision, and can be used for PGA and non-PGA-regulated goods. In addition, the IID can be sent to CBSA for processing up to 90 days prior to the arrival of the goods at the first point of arrival in Canada or following the arrival of goods.

The following PGA programs are currently available for the IID:

According to CBSA, PGA licenses, permits, certificates and other (LPCO) information can be provided on an IID, and validated by PGAs, prior to arrival of the goods. LPCO information that cannot be dematerialized into IID fields may be submitted as digital images via a parallel transmission channel called the Document Image Functionality.

Some PGA program legislation and/or regulations continue to require that a LPCO accompany the shipment into Canada.