It’s the end of an era for a Kansas City supply chain mainstay.

Canadian Pacific Railway has agreed to acquire Kansas City Southern for $25 billion. The merger would create a massive North American rail network in the wake of USMCA. It’s a major development for continental supply chains, offering a streamlined freight network among all three partnership nations.

The Canadian Pacific-Kansas City Southern merger will not produce the largest rail network in North America — the railroad will remain the smallest of the six major railroads. However, the new rail network will be the first to connect Mexico, the United States, and Canada through a single line.

Significantly, this development arrives months after the new USMCA trade agreement took full effect. USMCA, a replacement for NAFTA, entered its strict enforcement period on January 1. The arrival of a streamlined rail services connecting all three participating nations is perfectly timed to provide greater efficiency for shippers that are still getting acquainted with the new trade deal.

Once the merger is complete, shippers will have the option to send their freight north or south without moving containers between railroads. The new network is positioned to improve intermodal efficiency with its single North American through line.

Kansas City Southern and Canadian Pacific announced in a joint statement that the two railways would join together at a centralized headquarters located in Kansas City, MO.

“Joining seamlessly in Kansas City, Mo., in America’s heartland, CP and KCS together will connect customers via single-network transportation offerings between points on CP’s system throughout Canada, the U.S. Midwest, and the U.S. Northeast and points on KCS’ system throughout Mexico and the South Central U.S,” the statement reads.

The decision to place U.S. headquarters in Kansas City positions the railway to leverage the region’s logistical advantages. The two railroads connect in the city, providing a centralized interchange location that can easily services regions across the continent. Plus, Kanas City’s proximity to major interstate highways and other Class 1 railroads offers plenty of intermodal advantages.

The Scarbrough Group is monitoring this development and will share further details as they become available. Contact us for further insights into rail and intermodal developments. 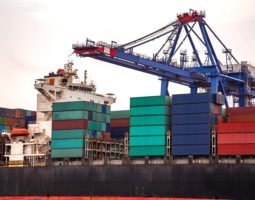 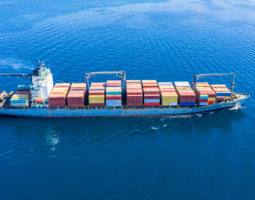