According to press reports, the Department of Homeland Security appears to be signaling to Congress that the statutory mandate for 100% scanning of inbound cargo containers is not likely to ever be implemented.

The SAFE Port Act of 2006 requires all maritime cargo containers admitted into the U.S. to be scanned through non-intrusive inspection and radiation detection equipment in a foreign port prior to being loaded on a U.S.-bound ship. The original deadline for achieving this goal was July 1, 2012, but DHS invoked a two-year waiver on the grounds that compliance with available resources and technology was virtually impossible. Then-DHS Secretary Janet Napolitano explained to a Senate committee in 2009 that a pilot program designed to test the feasibility of 100% scanning revealed a number of serious challenges, including port layouts that would prevent all containers from being scanned without seriously hindering the flow of shipments and a lack of technology that could effectively and automatically detect suspicious anomalies within cargo containers that should trigger additional inspection. DHS estimated at the time that deploying scanning equipment would cost about $8 million per lane for the more than 2,100 shipping lanes at more than 700 ports around the world that ship to the U.S., a figure that did not include the substantial costs that would have to be borne by foreign governments or industry.

DHS officials have also pointed out for years that the 100% scanning requirement conflicts with the department’s general approach to risk management, which seeks to focus scarce inspection resources on the highest-risk containers. A 2009 Government Accountability Report said 100% scanning could reduce the incentive for participating in programs like the Container Security Initiative and the Customs-Trade Partnership Against Terrorism, which employ a risk-based approach based on international supply chain security standards. An April 2013 Congressional Research Service report added that if illicit cargo is estimated to be less than 1% of incoming containers, as DHS believes, the most effective enforcement strategy may be to focus on containers most likely to pose a threat, invest in intelligence to improve targeting, and/or increase personnel.

According to press articles, DHS Secretary Jeh Johnson reiterated these points in a May 5 letter to Congress that not only pushed back the 100% scanning requirement for an additional two years but also indicated that compliance is unlikely at any point. The scanners that would be required “cannot be purchased, deployed or operated at ports overseas because ports do not have the physical characteristics to install such a system,” Johnson was quoted as saying. He added that the department’s “ability to fully comply with this unfunded mandate of 100 per cent scanning, even in the long term, is highly improbable, hugely expensive and, in our judgment, not the best use of taxpayer resources to meet this country’s port security and homeland security needs.”

Instead, Johnson said, DHS will continue to use and improve existing programs and policies to ensure the security of inbound ocean containers. These include the Container Security Initiative, which identifies and screens high-risk containers and is operational at nearly 60 ports around the world that handle about 80% of maritime cargo containers destined for the U.S. CBP also recently announced that it is enhancing its enforcement of the importer security filing or 10+2 rule, which requires importers to provide 10 data elements and vessel carriers to provide two data elements on containers and their cargo.

Read about the support from Business Groups in regards to the DELAYED REQUIREMENT, Click here. 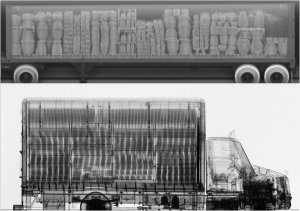