Authorities launched an air and sea rescue operation Monday to find 11 crew members from a Chinese cargo ship after it collided with another vessel and sank just outside Hong Kong’s teeming waters.  Four helicopters and more than 20 ships from China and Hong Kong were deploying to the waters near Po Toi, an island lying at the edge of Hong Kong’s territory where the ship sank in the early hours of the morning, officials said.

“Two cargo ships collided and one of them sank,” a police spokeswoman told AFP.

Aerial footage of the scene shown on Hong Kong television showed an oil slick on the surface of the sea where the ship is believed to have gone down.  A fire department spokesman said there were 12 people in total on board, with police confirming that one male was later rescued and sent to hospital.  The survivor, who was plucked from the sea by a passing fishing boat, suffered minor injuries to his hands and feet, she said.

The 97-metre long Chinese cargo ship, the Zhong Xing 2, was carrying cement from the Northern Chinese province of Hebei to the city of Haikou in the nation’s southern island of Hainan, the city’s Marine Department told AFP.  It collided with a 300-metre long container ship, the Marshall Islands-registered MOL Motivator, whose crew members are all safe, the department said.

“The rescue work is carried out and coordinated by the Guangdong rescue coordination centre,” a Marine Department spokeswoman said.

Hong Kong’s waters are notoriously crowded. Hundreds of vessels, from wooden sampans to enormous container ships, ply the shipping routes that criss-cross the territory, one of the world’s busiest ports, every day.  A collision in October 2012 between a high-speed ferry and a pleasure boat claimed 39 lives in the city’s worst maritime disaster for over 40 years.  The tragedy shocked the Asian financial hub, which prides itself on its good safety record.  The launch was carrying employees of the Hong Kong Electric utility and their family members and friends to watch a fireworks display marking China’s national day.  The two captains were each charged with 39 counts of manslaughter and are awaiting trial.

A subsequent inquiry found a “litany of errors” contributed to the accident, with the marine department tightening inspections to ensure bots met safety requirements.  In other major incidents, a 190-metre long cargo ship sank 80 kilometres (50 miles) southwest of Hong Kong in August 2013, when a powerful typhoon generated towering waves.  The 21-member crew of the bulk carrier Trans Summer were forced to abandon ship as the vessel tipped on its side and sank, triggering a rescue by two helicopter teams and a passing ship.  In November of the same year, a high-speed double-deck hydrofoil ferry travelling from Hong Kong to Macau collided with an “unidentified object”, injuring 87 people. 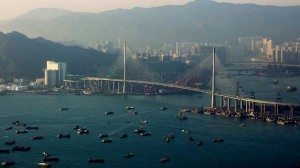