Cargo theft on the rise at Brazilian airports

Cargo theft on the rise at Brazilian airports

At least four separate thefts have occurred at airports in Brazil since February, according to FreightWatch International.

Cargo thefts have increased at Brazilian airports, with at least four separate incidents occurring since February 2015, according to industry advisor FreightWatch International.
In early February, a group stole approximately $4 million in electronics from the customs area of Viracopos Airport in Campinas, and escaped from the area secured by Federal Police within minutes.
Later in the month, cell phones and tablets worth approximately $260,000 were taken from a cargo terminal at Congonhas Airport in Sao Paulo. 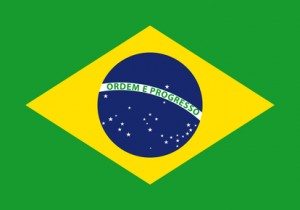 A currency exchange house in Viracopos Airport in Campinas was robbed of approximately $20,000 in late March and another event, the details of which were not disclosed, occurred at an airport in Maceio City.
FreightWatch said in a statement the increase “can be partially attributed to the less stringent cargo terminal security policies which mandate that security be focused more intently on incoming cargo rather than the cargo that is already in the terminals. Additional attribution is focused on the speed and efficiency Brazilian cargo thieves have learned to operate.

“The speed and volume of these thefts illustrates a level of insider information possessed by the criminals, as well as the need for more stringent security at Brazilian airports, especially in cargo terminals,” FreightWatch added. “Criminals have noted the airport security’s focus on incoming cargo rather than cargo that has already been checked in, and are actively exploiting this practice.”

According to the industry advisor, there are several variables that make airport security issues more complicated in Brazil. Service providers that manage the airports do not invest extensively in private surveillance, or physical and electronic barriers, and there are few law enforcement officers inside the airports.

Because airport cargo thefts had not been an issue in the past there are no established standard operating procedures for how to handle them and communication is disorganized among police forces. Each storage area for domestic cargo has a different responsible agent, which can complicate and delay investigations, FreightWatch said.

In addition, private companies such as carriers, logistics providers and risk management companies are not allowed to access many areas inside the airport, such as bonded warehouses or customs.
FreightWatch made the following recommendations for Brazil’s airports to deal with the issue of cargo theft: