Plus, Future Areas of Focus 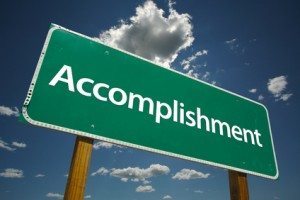 U.S. Customs and Border Protection Commissioner R. Gil Kerlikowske recently gave an overview of CBP’s activities and achievements in 2014 as well as some areas of focus for the future.

Kerlikowske noted that a number of senior CBP positions were filled over the past year and announced that Stephen Hilsen has been selected as the agency’s lead executive for the single window initiative. In this role Hilsen will coordinate the activities of all CBP offices that have a role in the development of the single window and serve as the primary point of contact for CBP participation in all associated U.S. government activities, including the Border Interagency Executive Council, the board of the International Trade Data System, trade community stakeholders and the more than 40 U.S. government agencies that regulate imports and exports.

In January CBP deployed eBond processing in the Automated Commercial Environment, providing bond filers a positive response within 10-15 seconds compared to as much as 4-5 business days in the past. More than 11,000 bonds were created in ACE in the first month of eBond and more than 90 percent of the CBP bond market is now submitting electronically.  Read more about the eBond.

Centers of Excellence and Expertise.

According to Kerlikowske, the Centers are transforming the way CBP operates by “consolidating an entire industry’s processing under the authority of one Center instead of scattering it throughout hundreds of ports of entry.” The Centers improve CBP’s ability to identify high-risk commercial importations, increase consistency and predictability for the industry, and reduce transactional costs for the trade and CBP. Three of CBP’s 10 Centers have expanded to start managing all post-release activities within their specific industry sectors (electronics, managed from Los Angeles; pharmaceuticals, health care and chemicals, managed from New York; and petroleum, natural gas and minerals, managed from Houston), and CBP anticipates getting the other seven Centers to full functionality as soon as possible.

Kerlikowske gave no update on progress in the effort to unify the Customs-Trade Partnership Against Terrorism and Importer Self-Assessment processes into the Trusted Trader program, which will align with authorized economic operator programs implemented by other countries. He noted that CBP is coordinating with the trade community and other government agencies to build a program that meets the government’s security and compliance requirements while ensuring that participation is a “value-add” for industry.  More on CTPAT.

Under ACAS, CBP and the Transportation Security Administration jointly target and mitigate any air cargo identified as high-risk before it is loaded aboard U.S.-bound aircraft. Industry participation in ACAS grew by 15 percent over the past year to 51 participants.

CBP created a new working group with the Food and Drug Administration to improve the supply chain process of FDA-affected products and implement the single window. CBP is also working with the Consumer Product Safety Commission to deepen their bilateral partnership and identify ways to improve the processing of consumer products at U.S. ports.

The U.S. and Mexico are modernizing the San Ysidro and Nogales ports of entry and have developed a reimbursable agreement for a terminal facility at the Tijuana airport. 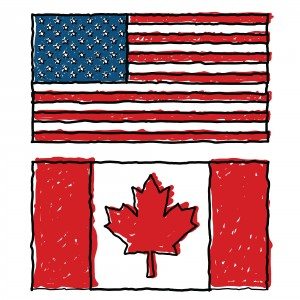 The U.S. and Canada recently signed a comprehensive new preclearance agreement under which the immigration, customs and agriculture inspections required for entry into either country by land, rail, marine and air modes of transportation will be able to be handled on the opposite side of the border, reducing congestion and delays and increasing efficiency and predictability. The next step required to implement this agreement is for the U.S. and Canada to enact legislation.

Kerlikowske pointed out that trade penalty assessments increased by 140 percent from $385.4 million in fiscal year 2011 to $925.9 million in FY 2014. But “there are other aspects of our trade enforcement mission that could benefit from improved transparency and responsiveness to our private sector partners,” including enforcement and collection of antidumping and countervailing duties. CBP leadership is currently working with industry and Congress to increase communication around the agency’s enforcement efforts and to identify mechanisms that may prevent AD/CV duty evasion.

CBP is examining ways to review its existing regulations and regulatory process because “there might be ways to improve and streamline this process.”