CBP Delays Next Phase of CTPAT Portal 2.0, Including Exporter Application

CBP Delays Next Phase of CTPAT Portal 2.0, Including Exporter Application 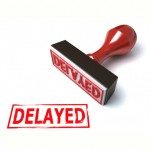 U.S. Customs and Border Protection announced May 18 that release of phase II of CTPAT Portal 2.0 has been delayed and that enhancements associated with this release, including the ability to apply for CTPAT membership as an exporter, will not be available until further notice.

According to CBP, phase II will allow active CTPAT users to merge multiple CTPAT accounts into a single account (called the trade account), establish relationships between accounts that have different security standards and link accounts (such as manufacturer and importer accounts) in an organization tree. Phase II will also allow exporters to submit applications for CTPAT membership; click here for more information.
{Photo Source: Depositphotos.com/koya979}