The recent election of Ana Hinojosa as the Director of Compliance of the World Customs Organization reflects the international respect for the U.S. plans for a “Single Window,” said Kerlikowske. The Mutual Recognition Arrangement (MRA) signed last year marked an important step towards increased cooperation through consideration of the Customs-Trade Partnership Against Terrorism (CTPAT) in Mexico and the New Scheme of Certified Companies (NEEC) in the U.S., Kerlikoswke said. Both sides have since “designed a strategy to recognize validations conducted by either program,” he said.

As a result, “NEEC will be conducting 60 validations this year of companies in Mexico that are both CTPAT and NEEC members” a 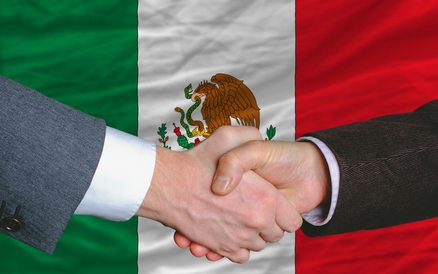 nd “CTPAT will recognize the outcome of those validations, while also conducting validations on behalf of NEEC,” he said. “They will also conduct a number of joint validations.” That means, “whenever possible, each Customs Administration will extend benefits to the partners and members of the other’s supply chain security and trusted trader program,” he said.
{Photo Source: Depositphotos.com/vepar5}

The cooperation of the CTPAT and the NEEC programs has yielded a strategy developed to approve the other program’s validations. The CBP recently hosted the Authorized Economic Operator Workshop where customs officials from 25 countries convened to exchange information about their respective international trade programs, he said. CBP continues to consider an eventual connection between the U.S. and Mexican single windows, he said.

CBP’s “Single Window team and Mexican Customs have worked closely to harmonize data set standards used by both countries,” said Kerlikowske. “As the U.S. Single Window is fully implemented, we continue to identify ways to connect these programs internationally, further amplifying the benefits across the global supply chain.”