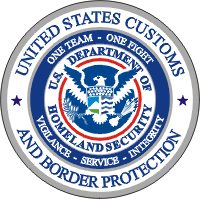 U.S. Customs and Border Protection is expanding the types of entries that may be corrected by filing a post-summary correction and making other changes to its ongoing tests of PSCs and periodic monthly statements. These modifications will be effective as of Jan. 14, 2017.

CBP is now expanding the type of entries that may be corrected by filing a PSC (which currently include types 01 (consumption – free and dutiable) and 03 (consumption – antidumping/countervailing duty) to include the following.

CBP is also modifying this test as follows.

FTA Claims. In June 2011 CBP announced that one of the data elements that may not be modified via a PSC is the NAFTA indicator. CBP is now clarifying that this prohibition applies not only to post-importation NAFTA claims under 19 USC 1520(d) but also to claims made under other free trade agreements covered by 19 USC 1520(d).

Time Limits. In November 2013 CBP published a notice stating that a PSC cannot be filed when any merchandise covered by the original entry has been conditionally released and its right to admission has not been determined. However, CBP states that this restriction was overly broad and prevented importers from filing PSCs because all goods are conditionally released and their admissibility is not legally determined until liquidation. CBP is now announcing that this restriction does not prevent the filing of a PSC within the time periods allowed as long as all other requirements and limitations are met.

Periodic Monthly Statements. The PMS test allows importers to deposit estimated duties, fees, and taxes on a monthly basis. CBP is now announcing that when the importer uses the automated clearing house debit process a PMS will be considered paid when CBP receives confirmation from the Treasury Department that funds are available and transferred to CBP from the financial

CBP notes that this modification applies only to importers who participate in the test program and that for all other importers the current regulation (19 CFR 24.25(c)(4)) still applies, meaning that CBP will consider a statement as paid upon acceptance of the ACH debit authorization.