Since 2009, Scarbrough has been leading the way with our ACE capabilities.   Scarbrough takes pride in being selected to be 1 of 20 U.S. Customs Brokers across the country to participate in the Simplified Entry Pilot Program, which was mandated in 2016.  The letter below from Acting Assisting Commissioner,  Richard F. DiNucci states his personal thanks to Scarbrough for its participation in the Cargo Release/Simpleied Entry Pilot.  Throughout the Pilot, over 70,000 Simplified Entries were successfully filed and today the program is in full force for both import and export shipments. 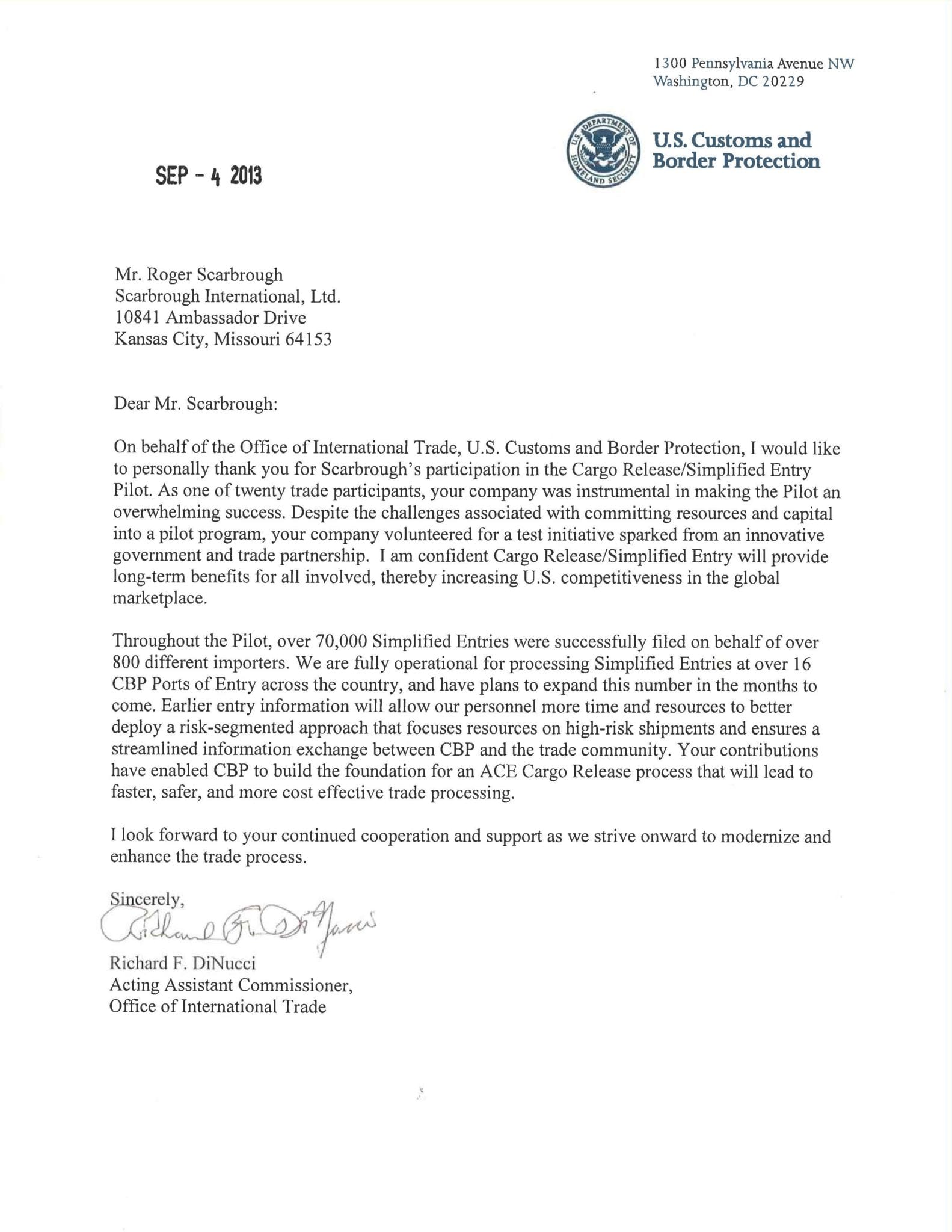