CBP will work with U.S. exporters that request assistance in dealing with foreign customs regimes on certain issues, the agency said in a notice (here). “CBP hereby invites U.S. exporters to file with CBP requests for assistance in resolving any tariff classification or customs valuation treatment by other customs administrations affecting U.S. exports,” it said.

CBP “must agree” with the exporter’s position on the issue before it pursues a resolution, it said. Exporters can request such assistance by contacting the Commercial and Trade Facilitation Division of the CBP Office of International Trade, it said. CBP will try to give an initial response to such requests within 60 days, it said. 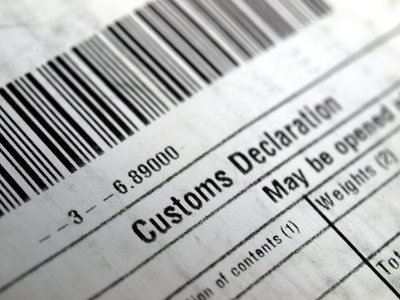 “Thereafter, in cooperation with the appropriate agencies, CBP will consider the appropriate course of action, including but not limited to the initiation of consultations or dispute settlement at meetings of the [Harmonized System Committee] or [Technical Committee on Customs Valuation] at the [World Customs Organization],” the agency said. “The inquirer or complainant will be informed of the progress achieved in resolving the matter.”
{Photo Source: Depositphotos.com/claudiodivizia}

Past meetings with World Customs Organization Harmonized System Committee and the Technical Committee on Customs Valuation have proven helpful “to eliminate or resolve export issues for U.S. traders,” said CBP. “Opportunities exist to strengthen communication and coordination between industry, CBP, other customs administrations, and the WCO to advance the shared goal of facilitating international trade,” the agency said.

More “collaboration with industry promotes improved technical understanding among contracting parties and helps to foster uniformity in the interpretation and application of the” Harmonized System and World Trade Organization Valuation Agreement, it said. The notice follows a recent CBP effort to help a U.S. exporter in a classification dispute with another country, said CBP.

The company pointed CBP’s attention toward past analysis of similar merchandise in published CBP rulings, it said. After a “bilateral exchange, and within seven months of the initial technical assistance request, CBP secured a favorable decision by the foreign customs administration to classify the merchandise in a manner consistent with the U.S. position and as requested by the exporter,” said CBP.

“As a result of CBP’s engagement with the foreign customs administration, the U.S. company was able to obtain the correct tariff treatment of its imported merchandise in the foreign country.”