Federal Maritime Commission officials engaged in an ongoing review of what FMC Chairman Mario Cordero has called “massive and widespread” congestion at U.S. seaports have heard that improved chassis management is one of the steps that can help ameliorate the situation.

The FMC expects to develop a more detailed understanding of port congestion issues and potential solutions following a series of forums it is conducting around the country.

Cordero recently told a meeting of the Maritime Administrative Bar Association that the unavailability of chassis has become a “significant cause of congestion” at U.S. ports and inland locations. He noted that ocean carriers serving Los Angeles-Long Beach, New York-New Jersey, Baltimore and other ports have been withdrawing from the business of providing chassis as a part of their services and that instead truckers are now often made responsible for bringing a chassis with them before they get to the port facility. Cordero suggested that ports may have to get directly involved to “address this critical problem,” noting that the Port of Long Beach Harbor Commission recently voted to develop plans for purchasing and providing truck chassis to relieve congestion during peak periods.

Other ways of improving chassis management are being pursued as well. An amendment to the Consolidated Chassis Management Pool Agreement authorizing members to license their chassis pool management software and to provide management services to third-party chassis pools will take effect Nov. 1, 2014.

The Port Authority of New York and New Jersey believes this change will provide it with additional options to improve chassis operations and reduce congestion, and Cordero expressed hope that the amendment “will lead, in time, to improved chassis availability as a result of greater efficiencies made possible by the software and management model of the CCM.” In the meantime, the FMC will continue to closely monitor the ocean common carrier and marine terminal operator activities under this agreement. 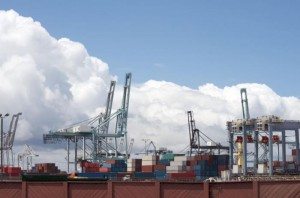 Chassis management has also been cited as a factor contributing to port congestion at the forums the FMC has been conducting, but other problems have been mentioned as well.

One is the introduction of larger capacity cargo vessels, which flood port facilities with containers when they are unloaded and can cause significant delays for other vessels if they miss their berth target time.

Others include a decline in the availability of port facilities for cargo movements at night, shortages of truck drivers, insufficient terminal equipment, and inadequate infrastructure in and around port facilities. Some of those commenting have also emphasized that market-based, rather than government-mandated, solutions have the best chance of reducing port congestion.

Cordero added that while port congestion may ease some in the next few weeks as the peak shipping season winds down, “it seems likely that congestion will increase with the cargo surge in advance of the Chinese New Year.” Moreover, congestion will likely continue until “root causes are addressed around the country.” Cordero said that once the remaining two public forums have been held FMC officials will thoroughly examine the transcripts and other available information and work to identify what the next steps should be.