China Factories Shutdown Due to Pollution Crack Down

New pollution regulations in China are affecting several factories, causing them to reevaluate or shut down.

Pollution and bad weather conditions have created an environmental crisis. The pollution on “polluted days” is so bad that inhabitants of the city have to wear masks to protect their own lungs from breathing in the smog.  In fact, the city continues to issue “red alert” days, which shut down schools and highly recommend people to stay indoors to protect themselves from the harmful emissions.   The Chinese Ministry of Environmental Protection (MEP), established in 2008, said that two-thirds of the companies that were inspected from November 2016 to April 2017 were violating rules put in place to protect China’s environment.

According to a NYTimes.com article written in June 2017, “Environmental inspectors in northern China have found that nearly 14,000 companies or 70 percent of the businesses they examined, failed to meet environmental standard for controlling air pollution, according to a state news agency report.”

The factories’ biggest contributor to the air pollution is coal emissions and greenhouse gases, most of them located in the province Hebei, which surrounds Beijing. The MEP is largely focused on factories in the Jing-Jin-Ji area, which includes Beijing and Tianjin, housing a population of over 37 million people.

A recent article by flexport.com states, “

At this point, the closures are concentrated in the provinces of Jilin, Shandong, and Zhejiang, and the cities of Chengdu and Chongqing. The Journal of Commerce reported that factories in Guangzhou will soon be impacted as well, as soon as October 2017 and possibly into 2018.”

As of September 2017, approximately 18,000 polluting companies have been penalized, with fines totaling more than $132.2 million USD.  In the past, many factories have not been compliant with the environmental laws put in place.  Why?  The South China Morning Post states, “Local governments have traditionally turned a blind eye to environmental violations as long as they contributed to local economic growth.”

Some local governments were so worried about the inspections that they ordered many factories to shut down before inspectors arrived. Some factory owners have complained the tough approach was not fair because they were not given time or help from authorities to install costly equipment, while workers complained of losing their jobs.  This was in stark contrast to the past, when enforcement officers from the ministry were often met with defiance and resistance, including being barred from entering the factories and sometimes even illegally detained.” 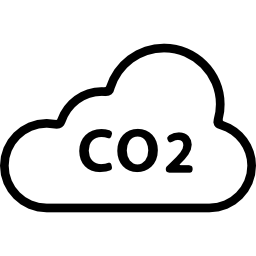 Many importers that import plastics, metals, textiles, printing, rubber and more are being affected as expenses are passed on.  A lot of U.S. importers may not even realize where their actual imported products are produced.  They could easily be buying from a local Chinese distributor who buys domestically from the actual producer in China.  In fact, Jerry Tang of flexport.com writes a helpful article on how to avoid non-compliant suppliers in the sourcing process.  He lists such pointers as asking simple questions about the supplier’s inspection history, certifications or licenses, and even suggests a site visit.  In fact, Scarbrough can easily set up site visits for our clients via our close partners located in the region.

Scarbrough can set up a foreign site visit.

If importers have suppliers in Guangzhou, it is time to reach out to them now, especially those importing textiles, garments, home appliances or parts made of metal.  If suppliers are issued a hefty fine, there is a chance they may be forced to shut down and there is a possibility they may never re-open.   The Journal of Commerce interviewed Gary Huang, the co-chairman of the AmCham Shanghai Supply Chain Committee. He said, “The sentiment is that these heavy polluters mainly make low value items and China is willing to allow these industries to move out of China and to India, Cambodia, etc.”

There is a possibility that if you are importing parts made of metals or use dyes, along with other commodities that require fabrication that leads to harmful pollutants, that the factory could shut down indefinitely simply because the Chinese government would rather see these low value factories be pushed out of the country and into India & Cambodia, for example.  On the other hand, the factory could simply begin to comply with enforcement, pay for the fines or obtain the equipment required to omit these emissions from their fabrication and move forward.  It would probably be wise to consider the possibility that price per units may go up to incur some of these expenses.

If you are importing from China and don’t know much about your factory, find out!

If you find they are being non-responsive, Scarbrough is always willing to help.  Don’t hesitate to get us involved by contacting your dedicated customer service manager.  We’ve got dedicated partners with local presence in every major port in the world and have been close partners for over 25 years. It’s what we do.  If you don’t have a Scarbrough rep yet, contact us today!