US warns China against dragging out technology trade deal

China must move ahead with a global deal to eliminate duties on billions of dollars of technology products or risk upsetting other trade talks, U.S. Trade Representative Michael Froman said.

The United States and Europe have blamed China, the world’s biggest exporter of IT products, for derailing talks on a pact on technology trade by asking for too many exemptions.

China is due to chair an Asia-Pacific Economic Cooperation (APEC) summit on Nov. 10-11, and Froman said this was an opportunity for China to end a stalemate over updating the 16-year-old Information Technology Agreement (ITA), which eliminated duties on personal computers and telephones.

“This could be a tremendous feather in the cap of China and its leadership of APEC,” Froman told a trade conference organized by the U.S. Council for International Business and the Organization for Economic Co-operation and Development.

“Alternatively, if we can’t find a way of bridging the gap over a relatively small number of tariff lines, it’s hard to argue to people that China is going to be prepared to take on the much more difficult challenges involved in a successful bilateral investment treaty, or other negotiations.”

The United States and China have begun talks about a two-way investment pact, but some in the business community doubt that China can drop barriers to investment far enough to make such a deal viable. 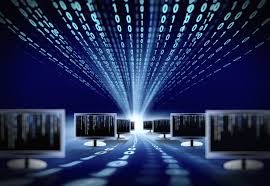 The U.S. Chamber of Commerce has said the ITA is the “barometer” to gauge whether China is serious about an investment treaty, which would in turn be a test of whether China could ultimately join the 12-nation Trans-Pacific Partnership (TPP), an ambitious trade deal linking Asia and the Americas. TPP trade ministers are scheduled to meet in Beijing on Nov. 8, just before the APEC summit.

Froman said a successful deal on IT goods trade in China would also give a boost to the World Trade Organization, which is overseeing the negotiations.

WTO members are struggling to revive a landmark deal on streamlining customs procedures after Indian demands for concessions on agricultural stockpiling derailed the final steps needed to bring it into effect.

Froman said WTO members would prefer to include all countries in the customs deal but were also discussing the possibility of moving ahead without India to start.

“We have been approached by a number of countries about that. People are thinking through it, raising questions and having conversations,” he said. (Reuters)