Clerical Unit of ILWU to Begin Talks before Contract Expiration

Clerical Unit of ILWU to Begin Talks before Contract Expiration

After a volatile year in 2014 on the West Coast, and an even unrestrained year in 2010, we are happy to hear that the Office Clerical Unit (OCU) of the International Longshore and Warehouse Union (ILWU) and employers plan to begin their negotiating three months prior to contract expiration in 2016.

Unfortunately, the contract expires during prime shipping season on June 30.  Importers and shippers will not stand to be forced to delay their cargo, manage diversions, or pay ridiculous amounts of money to stop cargo and truck it inland this time around, and the parties are aware of this.

In fact, according to the JOC, “After enduring months of West Coast port congestion and work slowdowns associated with the coastwide ILWU dockworker negotiations with the Pacific Maritime Association, shippers are keeping some of the cargo they diverted to East and Gulf Coast ports.”  This affects the jobs available on the West Coast, so this issue is definitely being considered. 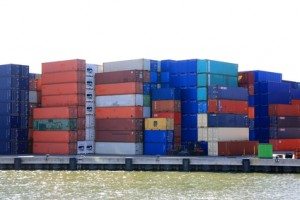 The Office Clerical Unit (OCU) of the ILWU Local 63 represents about 600 office workers who process shipping documents at 15 marine terminals and shipping lines in Los Angeles-Long Beach.  There will be 15 contracts for the OCU and employers to agree upon.

Bill Mongelluzzo with the Journal of Commerce states,

“ILWU Local 63 OCU has its own contracts with some, but not all of the shipping lines and terminal operators in the largest U.S. port complex. Those contracts are not associated with the coastwide contract between the ILWU dockworkers and the PMA, and the employer association that Berry represents is not part of the PMA.

However, the OCU is one of the most powerful unions in North America. It can shut down cargo handling at many of the terminals in Los Angeles-Long Beach, which accounts for about 70 percent of the West Coast container volume, by erecting picket lines at the terminals, which are then honored by ILWU dockworkers who refuse to cross the picket lines in solidarity with their OCU brothers and sisters.

The OCU negotiations in Los Angeles-Long Beach have historically been as acrimonious, if not more so, than the ILWU-PMA coastwide contract negotiations for dockworkers.

Wages and benefits naturally play an important role in the negotiations, but the office clerical workers are well-compensated when compared to office workers in other industries. During the 2010 contract negotiations, Berry said the average OCU member earns about $100,000 a year in wages and an additional $65,000 in benefits.”