Some of the world’s biggest container ships are about 1,300 feet long – that’s nearly 400 meters or the distance around an Olympic running track – with a maximum width of 180 feet (55 meters). Their engines weigh 2,300 tons, their propellers 130 tons, and there are twenty-one storeys between their bridge and their engine room. They can be operated by teams of just thirteen people and a sophisticated computer system and carry an astonishing 11,000 20-foot containers. If that number of containers were loaded onto a train it would need to be 44 miles or 71 kilometers long! 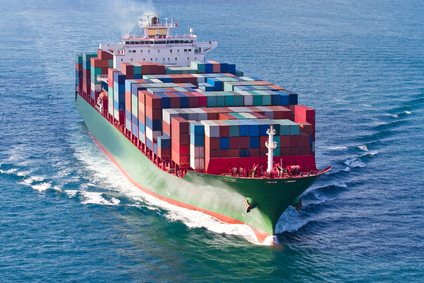 Some other facts about containers ships: