On Saturday, en route from Qingdao to Ningbo in China, Maersk Line’s Safmarine Meru collided with the Northern Jasper, a German-owned container vessel. The incident took place around 120 nautical miles East of Ningbo. The collision caused severe damage to the Safmarine Meru and a fire broke out. The Safmarine Meru’s crew of 22 people abandoned the vessel shortly after.

The crew of both vessels are reported to be safe. The transfer of the crew from the Northern Jasper to shore is on-going and when on shore the crew will be provided with medical support and crisis counselling.

“We are very relieved that our crew are safe and have not suffered any serious injuries. The safety of our people, at sea and on shore, is paramount to us,” says Palle Brodsgaard Laursen, Head of Ship Management in Maersk Line.

Safmarine Meru is afloat and anchored. Firefighting was initiated Sunday morning local time. While there is no visible fire, there is smoke and firefighting continues. The Chinese authorities are on the scene.

“It is too early to comment on the circumstances surrounding the collision and fire. Our focus now is to put the fire out and get access to the vessel to assess damage to the vessel and cargo,” says Laursen.

Safmarine Meru is a 4,650 TEU container vessel, built in 2006 and sails under the Hong Kong flag. At the time of the collision, Safmarine Meru had less than 400 full containers on board and was deployed on Maersk Line’s TP18 service.

Northern Jasper was built in 2009 and sails under the Liberian flag. It has a 8,400 TEU capacity and is owned by Norddeutsche Reederei NAV. 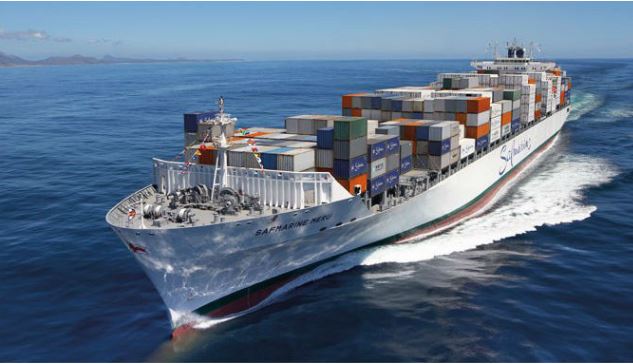