A severe cyclone named Vardha hit the city of Chennai, India late evening on Monday, December 12, 2016.  The cyclone struck land with  a wind speed of 140 km per hour (87 mph), bringing with it the heaviest storm since October 2014.   The Category 1 Cyclone lashed across the coastal area of Tamil Nadu and neighboring states of Andhra Pradesh and Karnataka.  Nearly 20,000 people were evacuated from low lying areas and unfortunately ten people have died.  The Tamil Nadu State Government declared a public holiday on December 12, 2016.

The city of Chennai is gradually returning to normalcy and resumed work on December 13, 2016. 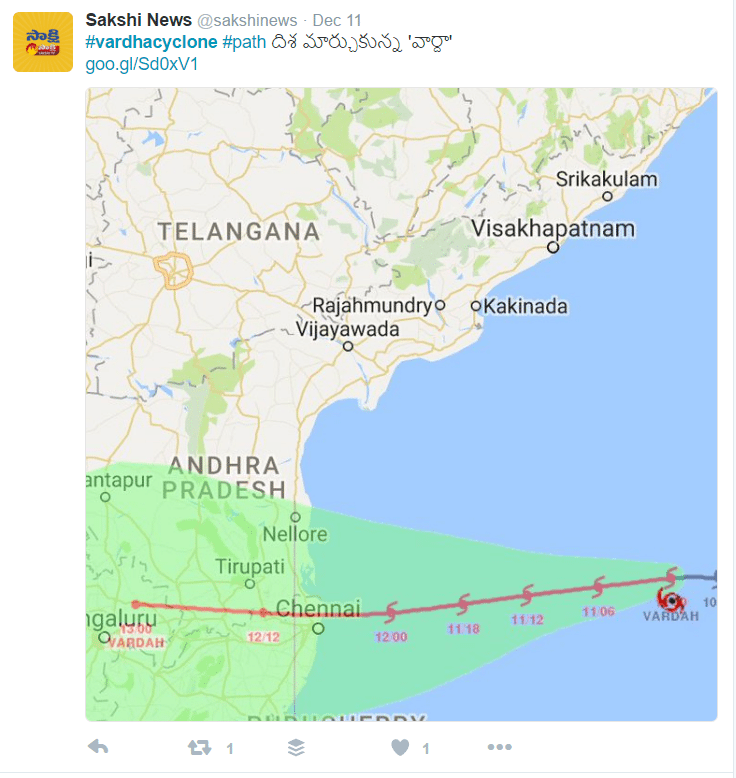 According to CNN.com, “Chennai is the country’s second largest financial hub after Mumbai. Cyclone Vardah could take a heavy toll on the country’s agricultural sector, destroying banana plantations, papaya groves and rise paddies.”

More than 170 relief camps have been set up in Chennai and several National Disaster and Response Force (NDRF) teams have been deployed to Tamil Nadu and Andhra Pradesh, according Krishna Kumar, a spokesman from the NDRF.