MIAMI—Roughly 6,000 CBP support staff will face furlough if Department of Homeland Security
funding lapses at midnight on Feb. 27, potentially slowing the resumption of business at West Coast ports, said CBP Commissioner Gil Kerlikowske in a speech at the International Chamber of Commerce and U.S. Council for International Business symposium on Feb. 24. A shutdown would cut duty reimbursements and send home import specialists, other support staff and CBP officers in training, said Kerlikowske. 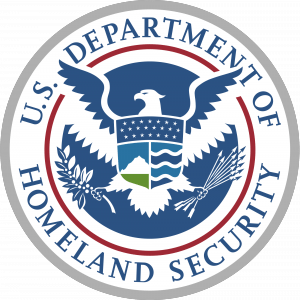 The DHS needs a “clean” funding bill to operate at maximum strength, he said. “This budget issue is just untenable,” said Kerlikowske. “I cannot tell you how much time and effort and money that we have spent planning for a lapse in funds. We have all these different terms … lapse, hiatus, etc. It’s a shutdown.”

The furloughs will may make the effort to clear up West Coast port backlogs more difficult, Kerlikowske said. The Pacific Maritime Association and the International Labor and Warehouse Union reached a tentative deal in recent days to move forward with a new contract, after months of dispute in contract talks, as well as shutdowns and slowdowns at the ports. CBP leadership has put staff on overtime recently to try to bring commercial flow back to normal levels, but the DHS shutdown will scale back that increased focus, said Kerlikowske.

Furloughs also send a “lingering” message to government employees that they aren’t “essential,” the
qualification for retaining staff during shutdowns, Kerlikowske said. “People come back to work and they
say ‘Commissioner, you’re always telling us the back office, the work we do is really important, and on and on and on. Well, if it’s so important why does the government consider me not essential,” he said.

So far, 400 of the 2,000 additional CBP officers Congress authorized in fiscal year 2014 legislation are in the hiring process, but they’ll be sent home in the event of only a two-day shutdown, he added. “We send them all back to wherever they came from,” he said. “And then we say ‘oh, by the way, you’re not going to get a paycheck and, by the way, when we get back going again, we’ll bring you back to the academy.” Some of those employees in-training may then opt to get jobs in other fields, he said.