Author:  Acting Commissioner Kevin K. McAleenan
Publication Date: Thursday, November 2, 2017 on The Commissioner’s Blog
The holiday shopping season is about to begin and retailers everywhere will roll out bargains online and in stores. For CBP, this annual spike in commercial activity means that we are busier than ever at our 328 land, air, and sea ports of entry because in addition to terrorist threats, protecting our economic security as well as the health and safety of the public are top priorities.

Most of the cargo we process is legitimate, but not all of it. In Fiscal Year 2017, we seized and destroyed nearly 32,000 shipments of counterfeit goods – a 52 percent increase since 2014.

Trade in counterfeit and pirated goods is not a victimless crime.

It harms America’s economy by threatening the competitiveness of our businesses. In turn, it jeopardizes the livelihoods of our workers. In addition, many counterfeit goods have negative health and safety implications. In some cases, the profits are even used to fund criminal enterprises. 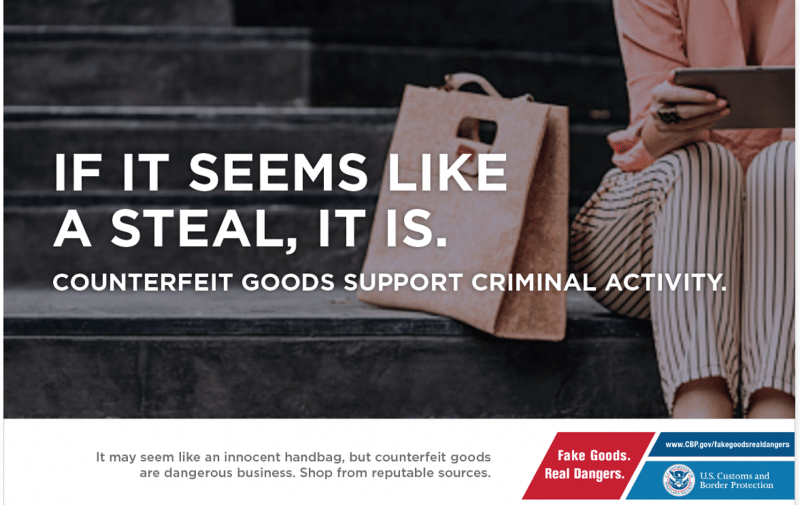 The Hover Board Craze

Counterfeiters focus on trends to make fake versions of popular products, such as smartphones or makeup. Maybe you remember the hover board craze from late 2015 and early 2016. Many of those products contained counterfeit batteries, which ended up sparking fires and causing significant safety concerns.

A Risk to Your Health

In 2016, CBP seized more items that pose health and safety risks than ever before. These include commonly used personal care items such as toothpaste, shampoo, or cosmetics, as well as, many different kinds of pharmaceuticals, and consumer electronics.

What You Can Do to Help

I’d like to invite you to join us in addressing this serious problem. Here are some tips on what you can do: 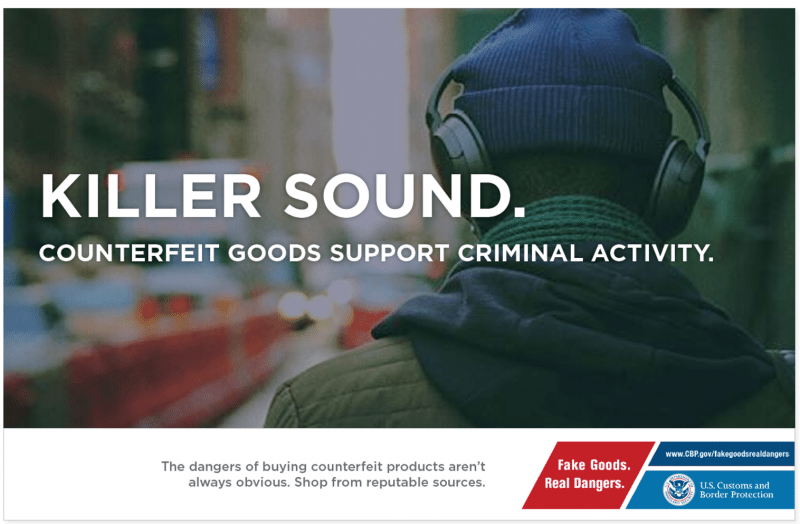 CBP launched a major ad campaign – Fake Goods, Real Dangers – and a companion webpage containing information about the downsides of purchasing counterfeit goods. Check it out and let me know what you think.

We also collaborate with U.S. Immigration and Customs Enforcement Homeland Security Investigations and 23 other partners at the National Intellectual Property Coordination Center to ensure that border seizures representing criminal activities lead to investigations, arrests and convictions.

And if you suspect that you have purchased a counterfeit product – or if you spot something you think could be a fake – you can report it through CBP’s online portal called E-Allegations. One of those e-Allegation reports led to the seizure of 42 shipments of counterfeit furniture last year, for example.