MINNEAPOLIS – As the customs drawback claims process moves toward incorporation into the Automated Commercial Environment, Congress will need to act on Customs Reauthorization legislation in order to provide CBP the authority to both simplify and automate the program, said industry officials and a CBP customs official on June 20 at the American Association of Exporters and Importers (AAEI) annual conference. Both House and Senate Customs Reauthorization bills include provisions that would spur drawback automate and revise drawback to simplify the process. Those bills, however, have not moved on Capitol Hill in months.

Although lawmakers and observers typically attribute the lack of Customs Reauthorization inertia to dysfunction on Capitol Hill and a lack of a vehicle for trade legislation, the drawback program is also very politically sensitive, said CBP drawback specialist Maryanne Carney at the AAEI conference. “I spent a lot of time the past year being drilled by both the Senate Finance Committee and the House Ways and Means Committee,” said Carney during a panel. “Although drawback is a small program within CBP, it’s a very political program” and “there’s a lot of revenue involved.” CBP processed 12,011 drawback claims in fiscal year 2013, along with $658 million in duty payouts, said Carney, adding that FY14 is poised to surpass those figures.

There remains a lot of skepticism among importers and exporters over whether CBP is capable of automating drawback as part of ACE, said panelist Heidi Bray, customs specialist at Chrysler. But this is an optimal time to modernize the “archaic,” paper and labor intensive drawback program, Bray said. “There is an opportunity to really make drawback a really updated and electronic process,” said Bray. “I never would have thought in all my days that Customs would have gone as far as they have with ACE. They’ve really eliminated a lot of paper.” CBP has set 2016 as the end date for completion of ACE. 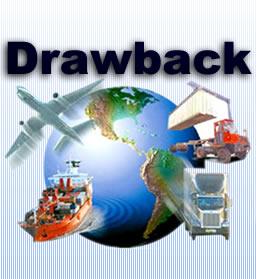 The Miscellaneous Tariff Bill (MTB) could also provide a platform to address drawback automation and simplification, said Bray. While MTB bills have traditionally been a laundry list of tariffs exemptions on specific imports, lawmakers have over recent years moved to incorporate different compliance provisions into the legislation, said Page Hall, trade and customs attorney at Adduci Mastriani, during an interview. MTB legislation has also not advanced on the Hill in many months, largely due to a dispute over earmarks in the Senate (see 14061716). Moreover, Congress has failed to modernize drawback despite years of saying it would, said Hall. “Proposals to modify the drawback program through a number of bills has been around a long time, but has gone nowhere,” said Hall.

But “the general consensus among my clients is that the more automation the better, and full implementation of ACE is a good thing.” CBP is intent on starting to incorporate drawback into ACE in January 2015, however, said Carney. The automation could also allow CBP to process drawback claims through the Centers for Excellence and Expertise (CEEs), she said. “One of the things that will prevent the drawback program from even being considered with those CEEs is the fact that it’s still such a manually intensive program,” said Carney. CBP will ask for public and private volunteers to help with the drawback transition into ACE some time in mid to late Fall through a Federal Register notice, Carney added.

CBP is unlikely to add drawback to the CEE program at least initially, Elena Ryan, who is in charge of the transition to the CEEs at CBP, recently said. (see 14061723). The drawback program will have to be streamlined to incorporate into ACE, but those revisions are feasible, said trade attorney Michael Cerny of Cerny Associates, the moderator of the AAEI panel. The agency and industry will need to take a close look at what information will necessary for drawback claims in the future, he said. For instance, “do we need port code if we have the entry?,” he asked. “Probably not.” – Brian Dabbs