The Food and Drug Administration has issued a final rule that, effective Oct. 15, will amend its regulations in an effort to provide a disincentive for the importation of drugs that are adulterated, misbranded or unapproved and to reduce the likelihood of such drugs being refused admission and subsequently offered for reimportation. 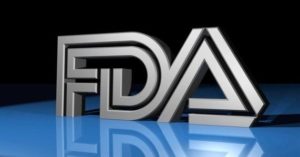 This rule implements the FDA’s authority to destroy drugs valued at $2,500 or less that have been refused admission into the United States under the Federal Food, Drug and Cosmetic Act without providing an opportunity for them to be exported. Instead, the owner or consignee will be provided with written notice that the FDA intends to destroy the drug and an opportunity to present testimony before the drug is destroyed. The FDA states that this change will apply to all affected imports regardless of how they enter the U.S. (e.g., via a commercial port or an international mail facility) or who seeks to import them.

However, the FDA anticipates that owners and consignees will retain the option to export refused drugs rather than have them destroyed in the following situations: (1) the drug is valued at more than $2,500, unless it has been imported via an international mail facility, and (2) the FDA is unable to determine that the drug is adulterated, misbranded or unapproved.