Cities across a broad swath of the East Coast turned their efforts to digging out Sunday after a crippling winter storm that shut down air and road travel and claimed more than two dozen lives.

Airlines were working to assess how quickly they could be back up and running at some of the busiest East Coast hubs. New York City-area airports were starting to get back to normal Sunday. Runways in Washington, D.C., remained closed but were expected to resume operating Monday.

Carriers had canceled more than 12,000 flights from Friday to Tuesday, including more than 3,500 on Sunday, according to flight-tracking website FlightAware. More than 1,100 Monday flights were canceled and airlines were starting to cancel Tuesday flights.

The Port Authority of New York and New Jersey said all its marine freight terminals, which make up the third-largest container port complex in the U.S., would be closed for snow removal on Monday.

Authorities reported at least 29 storm-related deaths, mostly from car crashes or snow shoveling, according to the Associated Press. 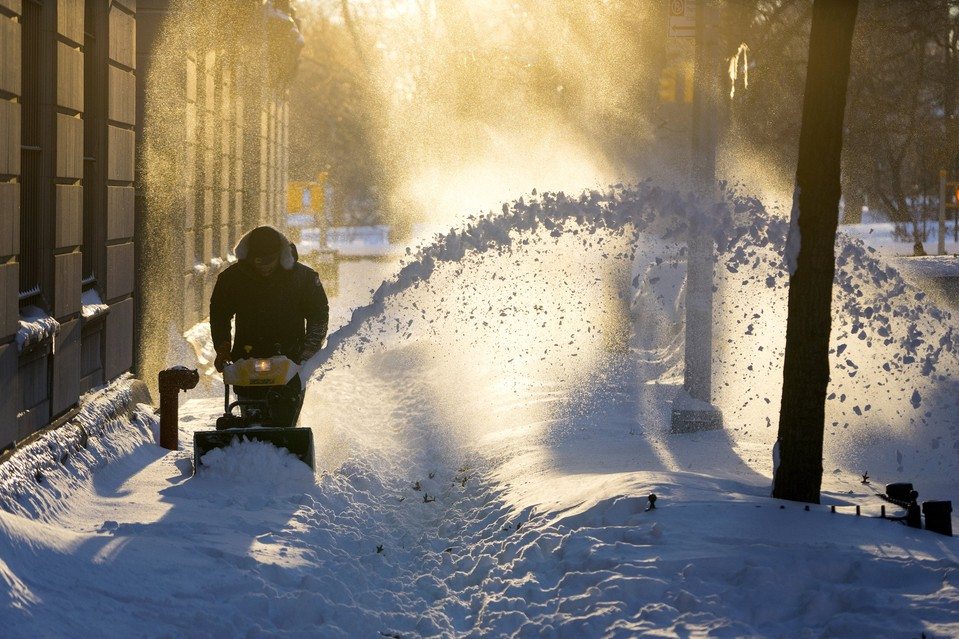 Glengary, W.Va., was covered with 42 inches of snow, according to the National Weather Service, while pockets of West Virginia and Virginia got more than 3 feet. New York City recorded 26.8 inches in Central Park, while Washington got 22.4 inches at the National Zoo.

After a record-setting snowstorm, cities across the eastern U.S. began to dig out on Sunday. Federal government offices in the Washington area will be closed Monday, the Office of Personnel Management said Sunday evening.

Saturday’s storm was just what Richard Peyser and his fiancée, Alexandra Zelubowski, were looking for: a picturesque backdrop for engagement photos in Meridian Hill Park, about a mile north of the White House.

The couple were waiting until the first significant accumulation of snow before shooting their photos. They got more than they bargained for when a crowd of several hundred Washington residents descended on the park around noon for a massive snowball fight. The couple found a relatively quiet corner of the park to take their photos.

Muhyi Eldeen Salih, a native of Sudan, got to see his first snowstorm but wound up experiencing it while stuck in a Philadelphia hostel after his Washington-bound flight was diverted. Mr. Salih had been traveling from New Mexico, where he is volunteering at a nonprofit, to a weeklong training in Washington hosted by Atlas Corps, an international fellowship program.

“It’s a delay but it’s still a good thing that we saw Philadelphia,” he said. “It’s really cold and I can’t feel my fingers, but it is really amazing.”