The Pacific Maritime Association wants a federal mediator to assist with contract talks with the ILWU.

The Pacific Maritime Association, which represents employers of dock workers at 29 U.S. West Coast ports, is calling for federal mediation in its contract negotiations with the International Longshore & Warehouse Union.

“After seven months of negotiations, we remain far apart on many issues,” said PMA spokesman Wade Gates. “At the same time, the union continues its slowdowns, walk-offs and other actions that are having impacts on shippers, truck drivers and other local workers — with no end in sight. It is clear that the parties need outside assistance to bridge the substantial gap between us.”

Numerous trade organizations representing retailers, farmers and other businesses, as well as legislators, have previously called for mediation.  Gates said the PMA made its desire for a mediator known to the union during Monday’s negotiating session. He said he was not aware of any talks planned between the two sides before Christmas.

“PMA had hoped the parties could reach resolution without outside aid. After the latest back-and-forth between the parties failed to resolve their differences, however, PMA has now agreed that outside intervention is necessary to bring the talks to conclusion, particularly given the ongoing impact of ILWU work slowdowns, which have disrupted cargo movement at the major West Coast ports of Tacoma, Seattle, Oakland, Los Angeles and Long Beach,” the employer organization said in a statement issued late Monday afternoon.

The union is promising a response to the PMA’s call for use of a mediator today.

In a statement last week, the ILWU said, “The port congestion crisis was caused by bad industry decisions that pre-date the slowdown allegations. The key drivers of congestion are industry-based changes in operations and business models, including chassis outsourcing, which have paralyzed ports and made the docks much more dangerous for workers.”

In addition to chassis issues, ILWU has cited a variety of other issues for port congestion: rail service delays and a shortage of rail cars, a shortage of truck drivers and low pay for drivers, the seasonal peak in container shipping and record retail imports, larger vessels discharging more cargo at terminals, and container terminals pushed to storage capacity.  Whether the PMA’s call for a mediator to get involved in the talks will be successful is not clear, as the ILWU would have to agree.  In a statement, the Federal Mediation and Conciliation Service (FMCS) said “it has been closely monitoring these negotiations for some time and has stood ready to provide mediation services at a moment’s notice.

“In light of PMA’s request, and consistent with the voluntary nature of the mediation process, FMCS mediators will promptly reach out to the parties to determine whether and when mediation assistance would be most valuable,” the agency said.

The president can use the Taft Hartley Act to appoint a federal mediator, but only after a strike or lockout. 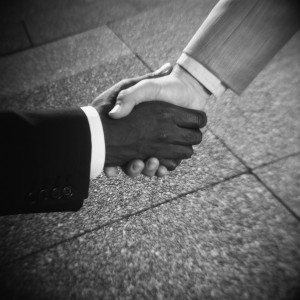 FMCS mediators played an important role in helping employers and members of the longshoremen’s union for the East Coast and Gulf Coast reach an agreement two years ago. According to the agency, “Dispute mediation is the principal tool of the federal government in support of sound and stable industrial peace. With facilitation by the experienced, trained and professional neutrals of the FMCS, approximately 85 percent of all mediated contract disputes in recent years have ended with agreements.

FMCS notes its mediators have limited powers. They “may make suggestions and offer procedural or substantive recommendations with the agreement of both parties. However, they have no authority to impose settlements. Their only tool is the power of persuasion.”

The PMA said, “The union’s continued actions are creating long-term — even permanent — damage to the West Coast, hastening the continued loss in market share to ports on the U.S. East and Gulf coasts, with shippers rerouting cargo away from West Coast ports.”

The group continued, “ILWU slowdown tactics have reduced productivity at Pacific Northwest ports for more than a month and a half, with drop-offs of 30-40 percent now the norm, according to PMA analyses of terminal operations. Intermittent walk-offs have also occurred in Oakland. At the ports of Los Angeles and Long Beach, the nation’s busiest, the ILWU restricted dispatching skilled crane operators to operate yard cranes, among the most important jobs to relieve congestion on the docks.”

The PMA’s Gates said the agency went into the negotiations by “underscoring everyone’s concerns about the West Coast loss of market share, which directly impacts local jobs and economies. We emphasized our commitment to good-faith bargaining and the importance of ensuring that there were no disruptions or other actions that would cause shippers to lose confidence in the future of our ports. Unfortunately, the ILWU’s slowdowns are causing those concerns to grow, and it is clear we need outside intervention to allow us to reach consensus on the issues between us.”

The National Retail Federation Vice President of Supply Chain Jonathan Gold said the organization welcomed the news. The NRF has been pushing for mediation in the dispute.

“For the last several months, the nation’s retailers, manufacturers, farmers and others have witnessed a dramatic increase in port congestion. The congestion may have many causes but we believe it is due, in part, to the lack of a new labor contract,” he said in a statement. “The National Retail Federation has been steadfast in its calls on the White House to engage in the contract talks, and we urge the administration to accept PMA’s offer to appoint a federal mediator to help resolve the current congestion crisis at the West Coast ports.

Jerome T. Barrett, a former FMCS mediator and historian, said both sides have to agree to mediation.

“You can’t mediate one side. They don’t necessarily have to be in the same room, but they need to be nearby so the mediator can move back and forth and get them talking and seeking a resolution.”

In an interview with American Shipper, he said “it wouldn’t be appropriate for the mediation service to meet with one side — unless it was an effort to get the other side to engage in mediation.”

He said in a major negotiation like that between the ILWU and PMA, “they are working behind the scenes, I would bet on it. Both local mediators and people out of Washington are making an effort to make their services available. Particularly something like this that is getting national attention,” which has gotten the attention of legislators. 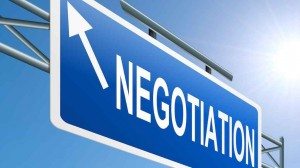 The acting director of the FMCS is Allison Beck, who has served as deputy director of the agency for five years.  John Arnold, a spokesman for the FMCS, did not know if Beck would personally be involved in the West Coast longshore talks if the ILWU agrees.   George Cohen, the prior director of the FMCS, led the negotiations between the ILA and United States Marine Alliance when they negotiated a contract in 2012-2013.  During her tenure at the FMCS Beck has assisted with the management of the agency and supervising national and international programs. She has been involved in a number of high profile mediations, including the successful 2014 New York Metropolitan Opera negotiations that averted a work stoppage.  Prior to her appointment as deputy director, Beck served as general counsel of the International Association of Machinists and Aerospace Workers, AFL-CIO for 20 years.

Beck is the first woman to head the FMCS. Barrett said he did not know her well, but noted she has a strong background in negotiations and that in big contract talks, often more than one mediator participates in a panel.

While both sides have to agree to mediation, Barrett recalled one tactic that was used to encourage reluctant parties. A former aggressive director of the FMCS Bill Usrey would call a meeting and invite both sides to come. Barrett said this could “force the reluctant one to engage in mediation. But it is kind of risky thing and I have seen it done only a few times. Both sides have a constituency…and they don’t want to see as the one that does not want to compromise.”