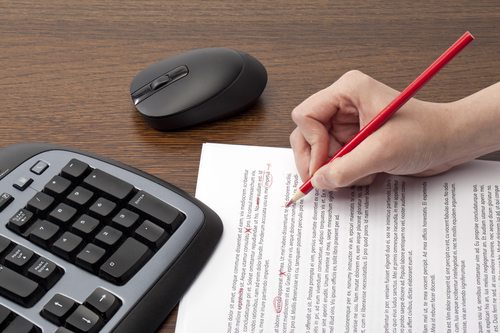 Clerical errors in a recently enacted law will increase duties on some outerwear apparel products unless Congress acts to fix them by December, according to trade lawyers and lobbyists. A section of the Trade Preferences Extension Act, which was signed into law in June, created new HTS subheadings for recreational performance outerwear, but specified the wrong duty rates for the new tariff lines. As a result, importers of certain water resistant apparel will see their duty liability change if the provisions take effect as scheduled on Dec. 28. Trade groups say there is already consensus on Capitol Hill that the errors need to be addressed, and fixes could be made in the upcoming Customs Reauthorization bill conference.

The Trade Preferences Extension Act’s Section 601, known as the OUTDOOR Act, added several new 8-digit subheadings for recreational performance outerwear, and created a new definition for the category in a note to Chapter 62 that includes among its criteria that the apparel be water resistant. However, rather than mirror the lower rates generally in place for water resistant apparel in chapter 62, the new tariff lines for “recreational performance outerwear” appear to adopt the higher rates in place for “other” woven apparel.
{Photo Source:Depositphotos.com/kozzi2}

According to a memo provided by customs lawyer John Peterson of Neville Peterson, apparel that is both “water resistant” and conforms to the definition of “recreational performance outwear” will be classified as the latter and subject to higher duty rates. Importers of apparel designed to be water resistant so as to receive a lower rate of duty could find themselves in a bind, he said. “For example, consider a men’s or boy’s anorak or windbreaker designed to be classified under HTS subheading 6201.93.30, and subject to duty at a rate of 7.1%,” said Peterson. “If the garment also meets the definition of “recreational performance outerwear”, however, it would be classified under new HTS subheading 6201.93.05, with duty at the rate of 27.7% ad valorem.”

The prospective tariff increases ironically stemmed from an effort to slash duties on recreational performance outwear. “The original intent of the legislation where this was derived from was to create these new definitions and tariff classifications for recreational performance outerwear, and then eliminate the duties on those products,” said Rich Harper, policy advisor-trade at the Outdoor Industry Association (OIA). “What congress ultimately accepted was half of that,” he said. “They accepted and approved the new definitions and tariff classifications, but they did not act on duty relief.”

Lawmakers and staffers on Capitol Hill failed in the end to secure the right payment mechanism for the duty eliminations, said a lobbyist with ties to the legislation. “Tariff elimination was definitely the goal,” said the lobbyist, adding that industry supporters said they’d settle for only the breakouts if necessary. US-African FTAs Would Require Years of Planning, Says

The outerwear provision is the newest in a long list of iterations, dating back several years. Not only did the legislation ultimately shed the tariff cuts, a predecessor bill in the last Congress (here) would have also added breakouts for “recreational performance outwear” to chapter 61 of the HTS. A large domestic manufacturer pressured Congress to strip the bill of the chapter 61 changes, the lobbyist said. A bill introduced even earlier this year, introduced in the Senate as S-952 (here), cut performance outerwear tariffs to zero.

Lawmakers often aim for budget neutrality in duty reduction programs, which entails finding new sources of revenue. A dispute over payment mechanisms for Generalized System of Preferences renewal led to the lapse of that program in 2013. Obama signed GSP renewal into law in June alongside the preference package. The incorrect rates surfaced first in the legislation created through the Finance Committee markup on several trade bills, including the preference package, in April. Following that markup, lawmakers added the outerwear provision into the preference bill as an amendment. The amendment, offered by Sen. Rob Portman, R-Ohio, even described the provision as a duty elimination program.

Harper and other lobbyists didn’t comment specifically on how the errors made it through the congressional vetting process. Customs lawyer Jon Fee with Alston Bird also said the legislation, once it was processed by the committee, wasn’t intended to make any duty changes. “The drafters made errors that associated some of the new 8-digit provisions with the wrong duty rates – some lower and some higher than the current rates – when the intention was to make no change in the duty rates at all,” said Fee.

The OIA is confident the errors will be fixed before the higher tariffs are allowed to take effect, said Harper. “There’s clear recognition that this is an issue that needs to be fixed” from staff on both relevant committees, House Ways and Means and Senate Finance, he said. There’s “plenty of time to get it fixed” before December, and “a clear path to fix them” in the Customs Reauthorization bill conference, said Harper. Reached for comment, a spokesman for House Ways and Means said the committee is “looking at technical correction.” The Senate Finance committee did not comment.

The new tariff classifications and definition for recreational performance outwear will remain law, said Harper, though the definition will be tweaked. Those new subheadings “provide recognition that these are unique products, distinct from ready-made, mass market apparel,” he said. “They will help the industry better track imports and sets the stage for duty relief.” According to a lobbyist with ties to the legislation, “the breakouts will make it easier for us to get duty cuts in the future through trade agreements or legislation.” Customs Reauthorization remains the most likely vehicle for the tariff fixes, several lobbyists said.

But lawmakers no longer need to revise Trade Promotion Authority language on human trafficking through a customs conference, and that removes the most critical, time-sensitive item on the agenda, lobbyists say. The State Department upgraded Malaysia to Tier 2 on its Trafficking in Persons Report, which renders moot TPA language that prohibits TPA mechanisms to seal free trade agreements with Tier 3 countries. If prospects for conference languish, industry will pressure lawmakers to make the fixes on another “year-end bill,” said another lobbyist.