The agency gave $675 million back to the U.S. Treasury.

The export finance agency is under fire from conservatives who say it puts taxpayer money at risk doing a job that private sector banks can do equally well and that big-name corporations that don’t need assistance are frequent beneficiaries. Supporters argue that the Ex-Im Bank fills a void, especially for small businesses, in cases where private sector lending is difficult to obtain or unavailable.

The Ex-Im Bank was in danger of being shut down without having its mission renewed by Congress, but a recent last-minute deal reauthorized the agency to operate for another nine months. Business and economic development groups of all stripes pleaded for Congress to support the Ex-Im Bank because it helps U.S. companies sell more goods overseas, generating good-paying jobs and proving spillover benefits for transportation providers.

The agency charges fees and interest for its insurance, loan guarantees and loan programs, and any income earned in excess of its operating costs is returned to the Treasury.

During the last two decades, the Ex-Im Bank has generated a surplus of more than $7 billion for U.S. taxpayers. 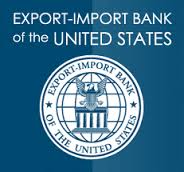