Washington, D.C. – The United States exported a record $194.9 billion in goods and services in November 2013, according to data released today by the Bureau of Economic Analysis (BEA) of the U.S. Commerce Department.

“Once again, American entrepreneurs are proving why exports are so critical to our economic growth.” said Export-Import Bank Chairman and President Fred P. Hochberg. “Today’s numbers showcase the importance of exports to the U.S. economy and how Ex-Im Bank plays a critical role in supporting American businesses overseas. We provide critical financing to increase sales and create jobs.”
November’s figure is considerably larger than the previous high recorded in October, which was revised upward this month to $193.1 billion.

Exports of goods and services over the last 12 months totaled $2.3 trillion, which is 43.7 percent above the level of exports in 2009. Over the last twelve months, exports have been growing at an annualized rate of 9.7 percent when compared to 2009. 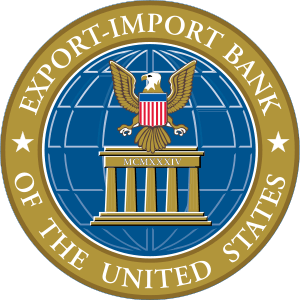 Ex-Im Bank is an independent federal agency that creates and maintains U.S. jobs by filling gaps in private export financing at no cost to American taxpayers. The Bank provides a variety of financing mechanisms, including working-capital guarantees, export-credit insurance and financing to help foreign buyers purchase U.S. goods and services. In the past fiscal year alone, Ex-Im Bank earned for U.S. taxpayers more than $1 billion above the cost of operations.

In FY 2013, Ex-Im Bank approved more than $27 billion in total authorizations to support an estimated $37.4 billion in U.S. export sales and approximately 205,000 American jobs in communities across the country. For the year, the Bank approved a record 3,413 transactions– or 89 percent–for small-businesses. Small business exporters can learn about how Ex-Im Bank products can help them increase foreign sales at http://go.usa.gov/ZVTd. For other information about Ex-Im, visit www.exim.gov.