The Consumer Product Safety Commission and the Department of Justice announced recently that a Maryland company has agreed to pay a $1.575 million civil penalty and maintain an internal compliance program to resolve allegations that it knowingly violated federal product safety reporting requirements with respect to cordless electric lawnmowers. A joint press release notes that this is the fifth and largest penalty the company has received since 1986 for failing to report safety defects. 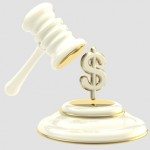 According to the press release, starting in 1998 the company began receiving consumer complaints that the lawnmowers would not turn off even after consumers released the handle and removed the safety key, in violation of federal law requiring the blades on walk-behind lawnmowers to stop when the operator releases the handle. The company also received complaints starting in 2003 that the lawnmowers would restart spontaneously after their handles were released and the safety keys removed.
{Photo Source: Depositphotos.com/nbvf89}

An outside expert identified the defect that caused the problem in 2004 but the company did not report the hazards to the CPSC until 2009. Federal law requires manufacturers, distributors and retailers to report to the Commission within 24 hours after obtaining information reasonably supporting the conclusion that a product contains a defect that could create a substantial product hazard, creates an unreasonable risk of serious injury or death, or fails to comply with a consumer product safety rule or any other rule, regulation, standard or ban enforced by the CPSC.

In addition to the penalty and internal compliance program requirement, the company has agreed to a system of internal controls and procedures that includes written standards and policies; confidential employee reporting of compliance concerns to a senior manager; procedures for reviewing claims and reports for safety concerns and for implementing corrective and preventive actions when compliance deficiencies or violations are identified; effective communication of compliance policies and procedures, including training; senior management responsibility for, and general board oversight of, compliance; and requirements for record retention.

Finally, the company has agreed to pay $1,000 in liquidated damages for each day that it fails to comply with any provision of the agreement.