A few months ago we mentioned in an article how admirable The Sisters of St. Francis were and their vision for serving others. This month they touch our hearts once again with their love and compassion for Cameroon, donating three different medical clinics goods. The religious organizations receiving the goods are always very grateful.

A country in Central African nation on the Gulf of Guinea, bordered by Nigeria, Chad, the Central African Republic, the Republic of Congo, Equatorial Guinea, and Gabon. It is nearly twice the size of Oregon. With a population of 22,534,532. More than 30% of the total population lives with less than $1.23 per day

Cameroon is a courageous country, fighting Boko Haram, the fundamentalist Islamist sect based in Nigeria, that began kidnapping civilians and attacking villages in northern Cameroon in 2013. The government deployed about 1,000 troops to the border with Nigeria in May 2014 in an attempt to thwart the cross-border incursions by Boko Haram. The deployment further emboldened the militants, and they escalated their attacks. In January 2015, Chad sent 2,000 troops to Cameroon to help in the fight against the group. Boko Haram is opposed to Western education, political philosophy, and society, and seeks to overthrow the government and implement sharia throughout the country.
{Facts Source}

It’s amazing to think that there are people like The Sisters of St. Francis that are willing to go to places like this and help as much as they can.  Scarbrough has been blessed to be part of this effort by exporting the containers full of these relief goods not only to Cameroon, but other places of the world.

Our sincere thank you to Franciscan Mission Warehouse 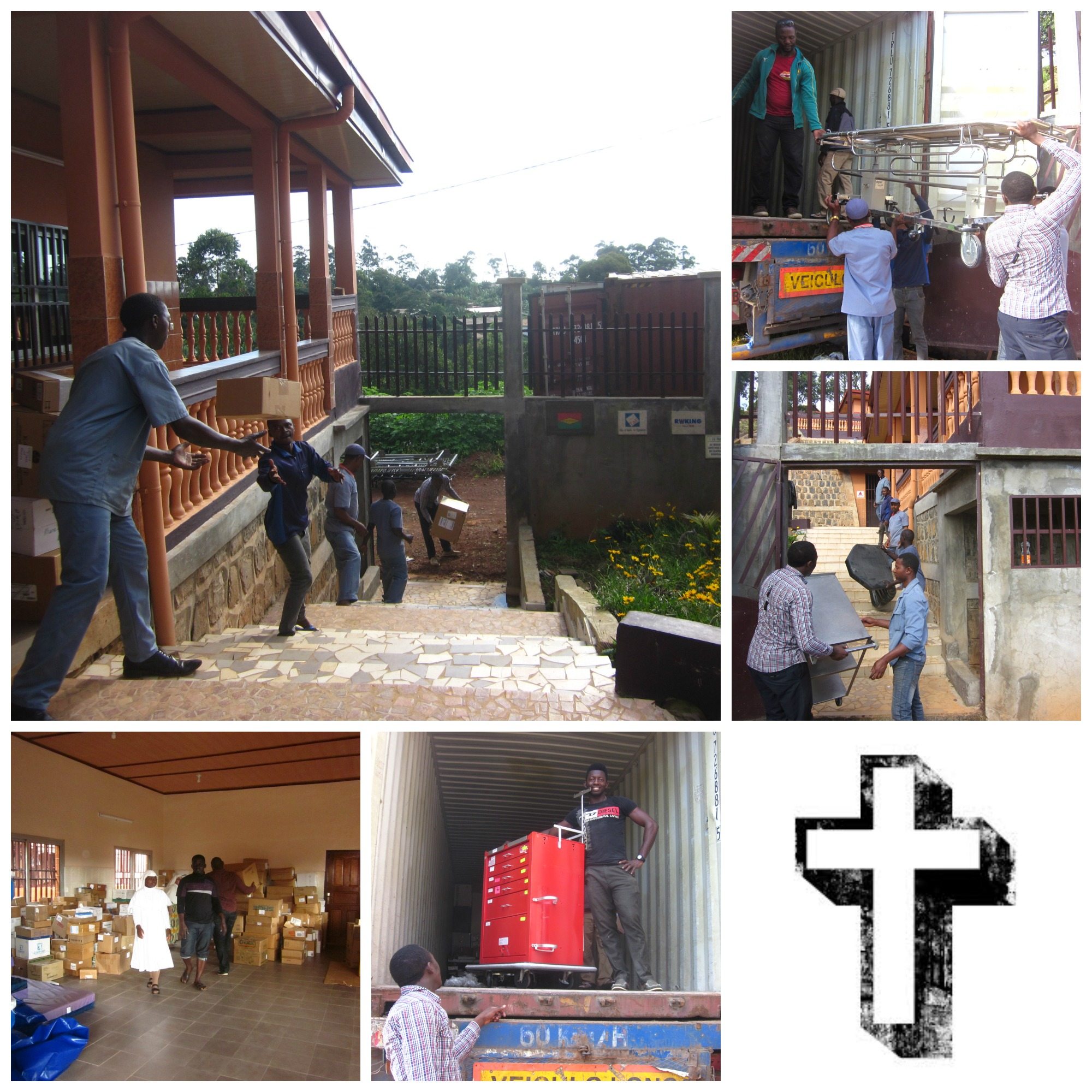