Excerpt from American Journal of Transportation  |  By: Reuters | January 8, 2015

Supporters and critics of free trade are readying for a bitter battle this year over major free trade deals and legislation to fast-track trade agreements through the U.S. Congress.

A bill to give the White House fast-track power, allowing Congress a yes-or-no vote on trade deals in exchange for setting negotiating goals, did not advance in the last Congress but new legislation will be introduced in 2015.

Unions, progressive lawmakers, consumer advocates, environmentalists and social justice and human rights lobbyists will kick off a campaign on Thursday to oppose fast-track. 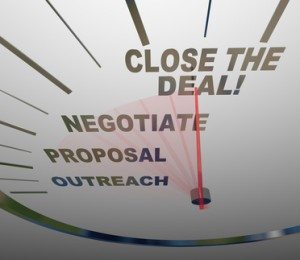 “It’s the start of the new Congress and we are up, up and away,” said Democrat Rosa DeLauro, citing plans for speeches, letters and meetings, “the whole nine yards of activity.”

But the administration and business groups, who see the Republican-controlled Congress as the best chance in years for a trade agenda encompassing deals worth nearly $500 billion a year to the global economy, are pushing the opposite view.

In a speech next Wednesday, U.S. Chamber of Commerce President Thomas Donohue will name fast-track, or trade promotion authority, as a top priority for the group, which represents more than 3 million American companies. The Business Roundtable and National Association of Manufacturers are lobbying too.

“We are going to be putting a major push, a major campaign, behind getting trade promotion done as soon as possible,” said the Chamber’s senior international policy director, Christopher Wenk. “It’s going to be around the clock.”

Senior officials are reaching out to Democrats on trade, preparing a snapshot for each state spelling out how each will gain under the 12-nation Trans-Pacific Partnership, with a particular focus on labor and environmental protections, a key concern for many Democrats.

“TPP will be the most progressive trade agreement in history,” a U.S. Trade Representative spokesman said.

Social media, newspaper advertisements and opinion pieces, pamphlets, face-to-face meetings and rallies will be used by both sides as the United States moves to complete the TPP and make progress on the proposed Transatlantic Trade and Investment Partnership with Europe.

Trade experts say fast-track is key to closing those deals, as it gives trading partners confidence Congress will not pick apart agreements.

For their part, unions plan to mobilize members to write letters and telephone their members of Congress to tell them they think free trade is bad for jobs.

“We want to engage our members in the fast-track fight back in their districts,” said Barbara Coufal, senior official at the American Federation of State, County and Municipal Employees, which has more than 1.6 million members.