France’s hardline CGT union workers have extended a strike at the Fos-Lavera oil terminal in the southern port of Marseille until Friday June 17, a union official said.

The strike, now in its fourth week, part of a nationwide rolling protest against a planned labor reform has delayed the loading and unloading of about 70 oil, LNG and chemical tankers at the port, a CGT union official in Marseille said.

“Workers will meet again tomorrow to decide whether to continue the strike,” Pascal Galeote said.

Marseille port authorities were not immediately available to comment. 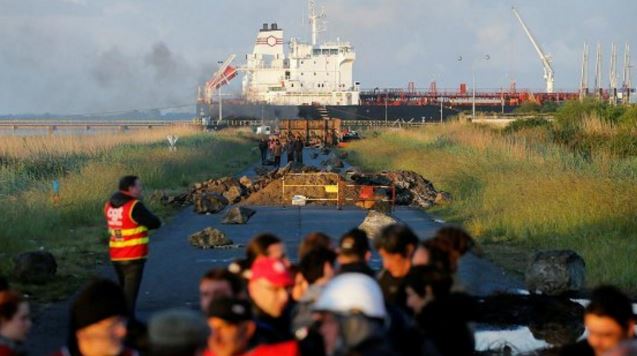